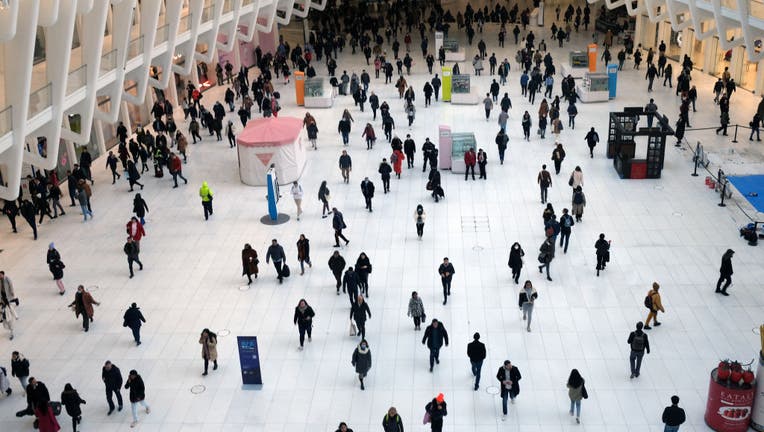 Commuters arrive into the Oculus station and mall in Manhattan on November 17, 2022 in New York City. According to a report by the United Nations population division, the world's population reached 8 billion people as of last Tuesday. (Photo by Spenc

NEW YORK - PATH Train service between Hoboken and the World Trade Center has been resumed after being briefly suspended Tuesday due to a reported suspicious package.

"We received a report of a suspicious package at WTC PATH Station at approximately 2:14 p.m. The station was temporarily evacuated," the Port Authoritiy of New York and New Jersey said in a statement. "The WTC Oculus was also evacuated at 2:47 p.m. but reopened at 3:02 p.m. The package was cleared and deemed non-credible. PATH train service resumed at 4:08 p.m."

The MTA also said that 1 trains have resumed stopping at the WTC Cortlandt station in both directions after the investigation..