A passenger with no flying experience landed a small plane in Florida after the pilot suffered a medical emergency. "I’ve got a serious situation here. My pilot has gone incoherent," he says. Credit: LiveATC.net

WEST PALM BEACH, Fla. - A passenger with no flying experience landed a Cessna 208 Caravan with the help of Air Traffic Control in Florida Tuesday afternoon after the pilot had an apparent medical emergency, according to reports.

"I’ve got a serious situation here. My pilot has gone incoherent. I have no idea how to fly the airplane," the unnamed passenger calmly radioed Air Traffic Controllers from inside the single-engine aircraft, WPBF-TV in West Palm Beach reported.

The Fort Pierce Air Traffic Controller asked the passenger his position, to which he answered, "I have no idea. I have the coast of Florida in front of me."

The controller told the passenger to keep the wings level and to follow the coast while they attempted to locate him. 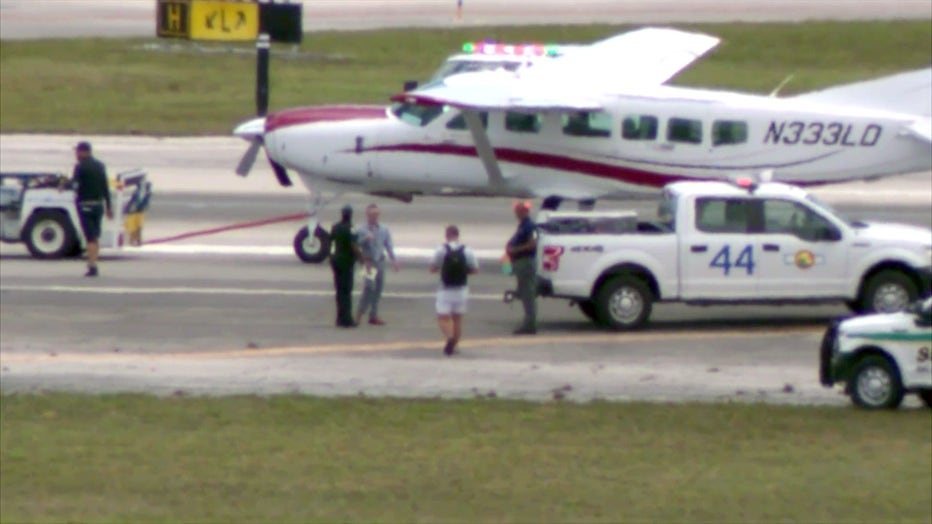 The passenger anxiously radioed back four minutes later, asking if they had found him, explaining he couldn’t get his "nav screen to turn on." Officials eventually located him off the coast of Boca Raton and guided him to a safe landing at Palm Beach International Airport, with the controller adding, "Kudos to that new pilot."

"You just witnessed a couple passengers land that plane," one of the controllers said to other pilots over the radio. "Did you say the passengers landed the plane?" A commercial pilot responded. "Oh, my gosh. Great job." 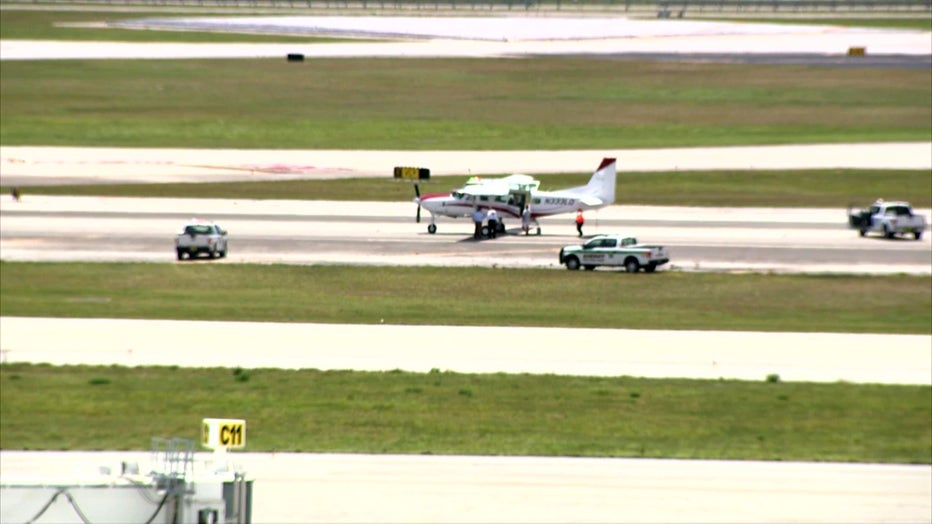 Only the pilot and the passenger were on board the plane. The pilot was taken to the hospital in unknown condition, according to the station.

Plane lands on NJ Bridge; No injuries reported in emergency landing I LiveNOW from FOX

A pilot was forced to make an emergency landing on a bridge in Ocean City, New Jersey. The plane landed safely, avoiding vehicles on the roadway. No injuries have been reported.

An aviation expert told WPBF that this was the first time he had heard of someone with no flying experience landing a plane as complicated as a Cessna Caravan.

"The person on the airplane who had no aeronautical experience listened very carefully and obviously followed instructions with great calm," John Nance told the station. "That’s what made the difference."

LINK: Get updates to this story on FOXNews.com.