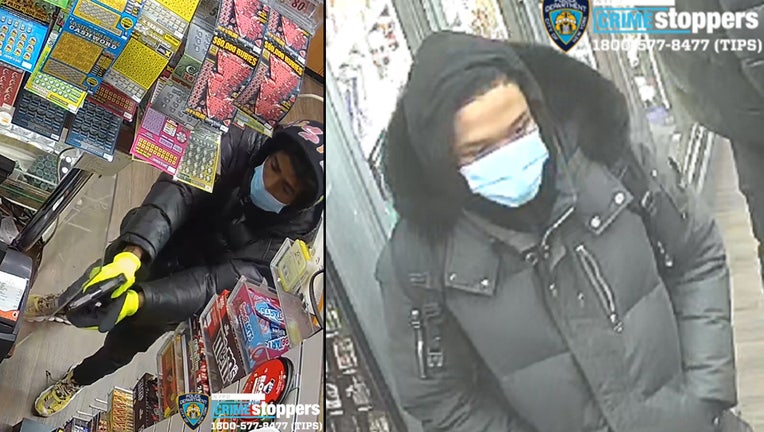 A pair of suspects wanted for an armed robbery of a smoke shop in Queens.

NEW YORK - The NYPD is searching for two armed robbers wanted for stealing more than $10,000 in cash from a smoke shop in Queens.

Authorities say the robbery happened at around 2:30 a.m. at the Continental Smoke Shop on 71st Avenue in Forest Hills.

Police say two suspects entered the store and one pulled out a black gun and took $10,000 in cash from the register. He then fired a single shot at the floor before both suspects fled in a black vehicle to parts unknown. 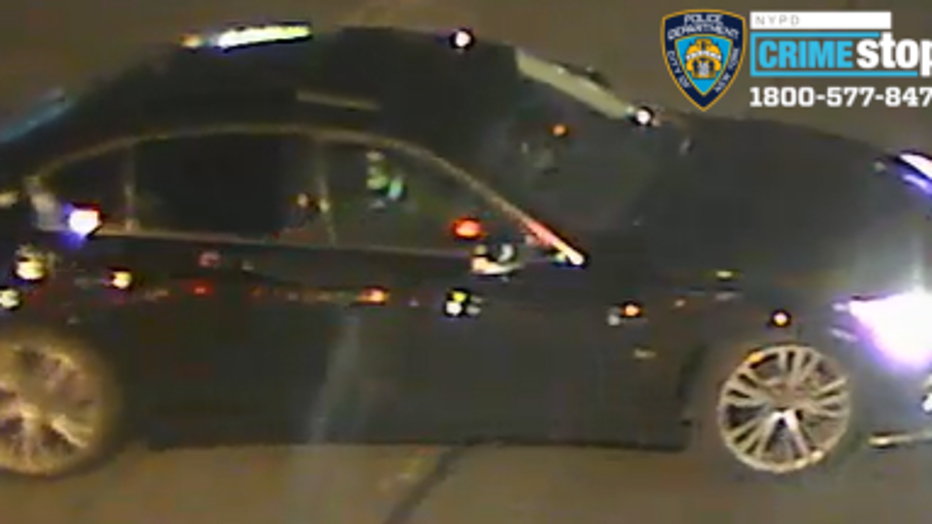 The car used by two suspects wanted for robbing a smoke shop in Queens.

The suspects are described as two men, roughly in their 20s.