NEW YORK -  A pack of handsome brothers is getting settled at New York's Bronx Zoo.

Dholes are native to parts of southern and central Asia. The Wildlife Conservation Society says populations of the pups are endangered by development, hunting and diseases from domestic dogs. 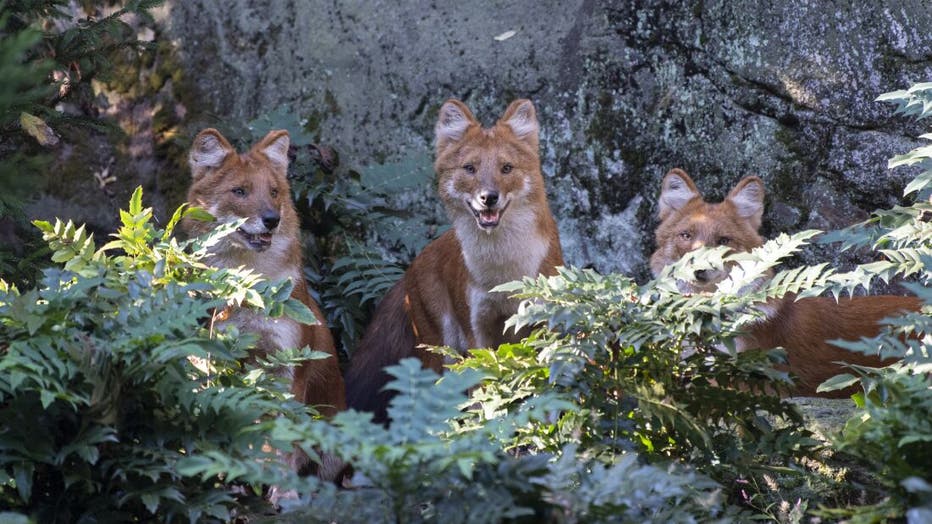 The society's long-term plans include acquiring female dholes for a breeding program.

An exhibit formerly occupied by polar bears has been repurposed for the dhole's habitat. The Bronx Zoo's last polar bear, Tundra, died in 2017 at age 26.