Attorney Ven Johnson reviewed video from the shooting at Oxford High School and said the security guard walked past Tate Myre after he was shot and told investigators she thought it was part of an ALICE drill.

Johnson said Wednesday he filed a motion to add security guard Kimberly Potts to a lawsuit filed on behalf of the families of victims.

Potts, who was employed by the school district and previously was a deputy with the Oakland County Sheriff's Office, was armed and had a body cam that was not on at the time of the Nov. 30, 2021, shooting, Johnson said.

Johnson said Potts told investigators that when shots were fired, she was confused because she heard on the radio that there was an Alert, Lockdown, Inform, Counter and Evacuate (ALICE) drill. She then walked by Tate Myre, who had been shot. She allegedly told investigators that she thought that the training makeup was really good, and kept walking.

It then dawned on her that it may have been real, Johnson said she told investigators.

A new name has been added to a lawsuit against the Oxford school district claiming it could have done more to prevent the Nov. 30 mass shooting that left four students dead - former security guard Kimberly Potts.

Video showed her then walk to the bathroom where Justin Shilling, Keegan Gregory, and accused shooter Ethan Crumbley were, Johnson said. She is seen on the video opening and closing the door with her gun in hand before walking away. Shilling was shot after she walked away.

Shilling, who died the next day, was the fourth and final victim. 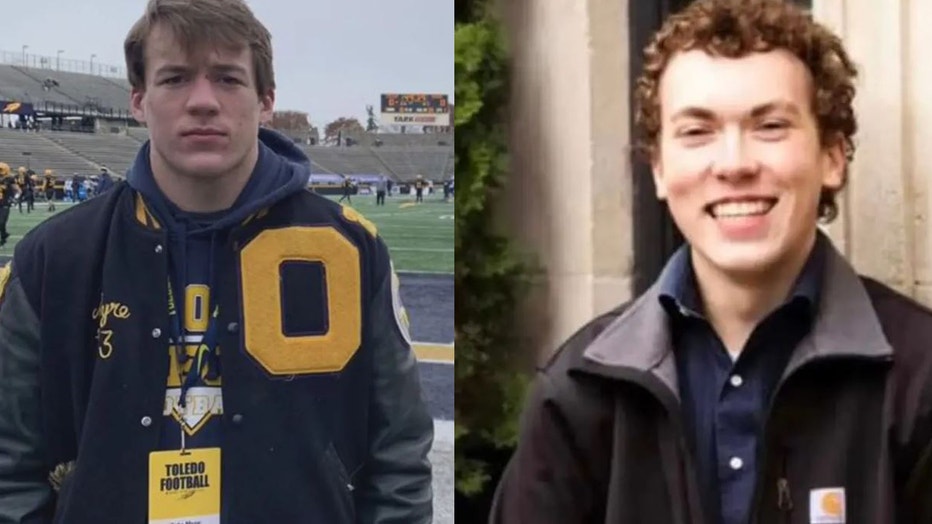 "It’s difficult to know that he could still be here," said Craig Shilling "You get paid to do a job. Why wouldn’t you do it?"

Johnson said Potts told investigators she didn't know why she was opening the door, and she didn't hear or see anything.

Keegan Gregory's mother Meghan Gregory, whose son managed to escape being shot, said the video looked like Potts walked in and right back out of the bathroom.

"It was an absolute punch to the gut," she said.

After shooting Shilling, Crumbley came out and surrendered to deputies.

Johnson said he spent 15 minutes reviewing surveillance video after a judge ordered that he could see it. He doesn't know when the video will be available publicly.

"This is getting more and more frustrating by the day," said Buck Myre, Tate's father. "The full on coverup is on."

Oakland County Sheriff's Office confirms Kimberly Potts was a deputy with them and retired in 2019.

"Our hearts continue to be with the students, staff, families and community members whose lives were forever changed by the tragedy on November 30, 2021. On that day, students and staff acted swiftly in accordance with their prior training and several staff members exhibited heroic courage.

"Review by security experts confirmed our staff response reduced additional harm and loss of life. We are confident the investigation and third-party review of the events of that day will bring all of the facts to light. Safety continues to be our top priority at Oxford Community Schools.

"We will not be deterred and will continue our commitment of providing a high-quality education for our students in a safe educational environment as we continue to honor Justin, Madisyn, Hana, and Tate."

The horrific deadly shooting at Oxford High is now the subject of criminal and civil proceedings. Attorney Ven Johnson handed a big victory in court Wednesday on the civil side.