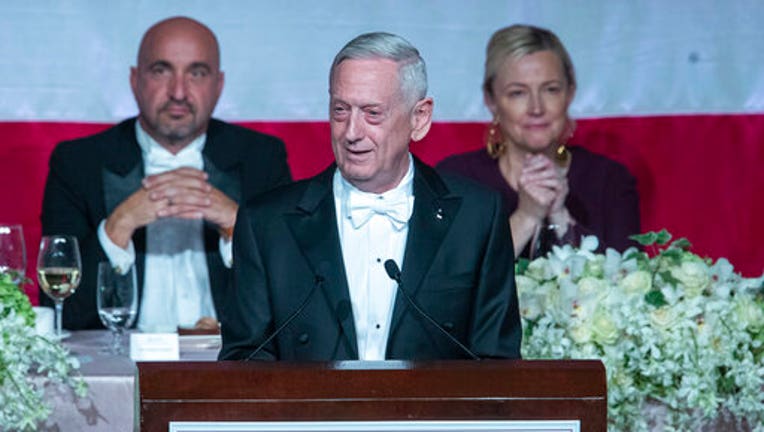 NEW YORK (AP) — Former Defense Secretary James Mattis hit back at his old boss at a white-tie gala in New York on Thursday, saying that he's not just an overrated general, he's the greatest overrated general.

Mattis made the joking remarks at the annual Alfred E. Smith Memorial Foundation Dinner, a day after President Donald Trump demeaned him as "the world's most overrated general" during a contentious White House meeting with members of Congress.

The meeting was intended to be a bipartisan discussion of Trump's decision to pull U.S. forces from northern Syria, but it broke up after a testy exchange between Trump and House Speaker Nancy Pelosi.

Before the walkout, Trump disparaged Mattis, who had argued as defense secretary that U.S. troops were needed in Syria to prevent a resurgence of Islamic State fighters.

Trump's decision to have U.S. troops stand down in Syria cleared the way for Turkey to launch an offensive against Kurdish forces in northern Syria who had been U.S. allies in the fight against the Islamic State. On Thursday, the U.S. and Turkey agreed to a five-day cease-fire that requires the Kurdish fighters to vacate, largely solidifying Turkey's position in the region.

The annual roast, hosted by New York Archbishop Cardinal Timothy Dolan, draws luminaries from finance and politics. It's named after a former New York governor who was the first Catholic to receive a major party nomination for president when he unsuccessfully ran in 1928. It benefits a charitable foundation.