PHOENIX - A teenage girl died and eight others were injured after a shooting at a strip mall near 10th Avenue and Hatcher, according to Phoenix police.

About 100 people had reportedly gathered for some kind of party when police say a fight broke out between multiple groups just after 1 a.m. on June 4. It escalated into a series of shootings inside the building, in the parking lot, and on the street.

"Many rounds were shot into this crowd of people as they fled the area," police said.

"I saw the kids run and asked me to hide where I was at, and it was like -- I mean, it's real you know?" said Theresa Juan, who was in the area at the time. "I told them the police were there and that they were OK to come out, and they were young. They were young girls."

The shooter has not been caught, and no suspect description has been released.

"The motive for this is still being looked at through the investigation," said Sgt. Krynsky.

‘This can’t be happening'

The shooting, which happened near 10th Avenue and Hatcher, left a teen girl dead and a number of others injured. FOX 10's Marissa Sarbak reports.

"I was close by. I heard it. It's sad, but youth, wake up guys," said Theresa Juan, a Phoenix resident. "I seen the kids run and ask me to hide, where it was at, and it was like, it's real. I told them the police were there, and it's OK to come out. They were young. Young girls."

Police say there were no signs of a break-in or trespassing when someone pulled out a handgun and started shooting.

"Somebody showed up. There was an altercation that escalated into a shooting," Williams said.

Kristle Nay says her mom sleeps in a tent right near the shooting and heard the whole thing.

"You never know where these bullets are going to come down and who they're going to hit. If there's any children out there or your pets or anything, this is scary. This can't be happening," Nay said, adding that it's the third party she's seen at the building, with others bringing in people who don't live in the area.

"This is sad and it's scary. These are a bunch of strangers that aren't from our community, and they're bringing problems. We have enough problems here on our own," Nay said.

According to Sgt. Phil Krynsky with Phoenix Police, the party was promoted on social media.

"What I can tell you is this party was actually promoted on a social media platform, which is why multiple people from various ages and locations had come over to this gathering, which ultimately resulted in a shooting and the death of a 14-year-old." said Sgt. Phil Krynsky with the Phoenix Police Department.

Another young woman told us that this was the third party she has seen in the commercial building. Officers were not able to confirm this, but did say there were no signs of a break-in, nor were there signs of trespassing.

These types of parties are often hosted and attended by underage kids, and they are shared on social media sites. Police say they're breaking up more of them than ever before.

"It is a growing trend that we are seeing," said Sgt. Krynsky. "I'm encouraging parents to be very vigilant with social media uses of their children because we were also receiving information that some of the kids were being dropped off there at that location." 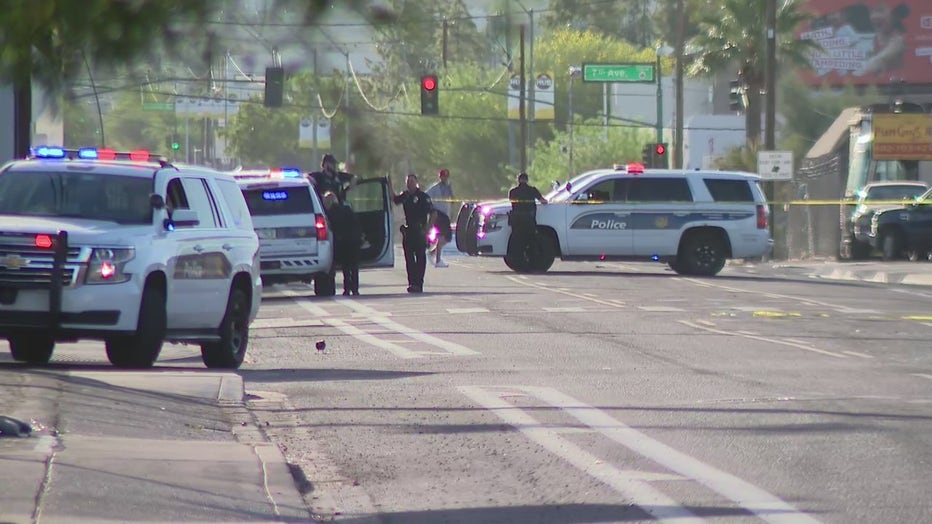 Scene of a mass shooting investigation in north Phoenix.