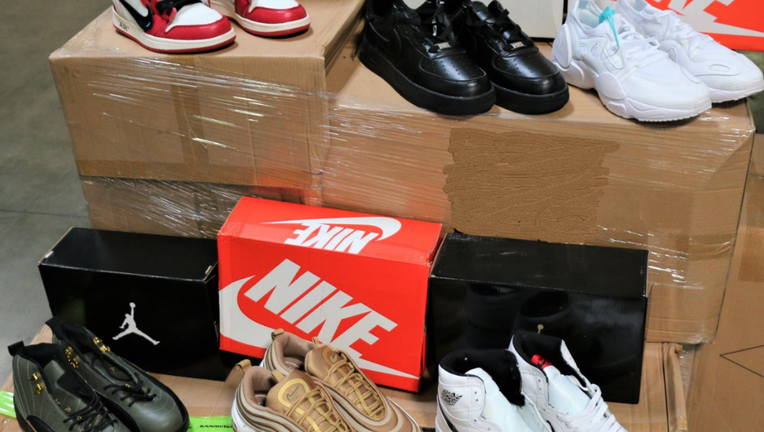 LOS ANGELES - Over 14,806 pairs of counterfeit Nike shoes have been seized at the Los Angeles/Long Beach seaport.

U.S. Customs and Border Protection (CBP) officers say if the shoes were genuine, it would have an estimated retail price of $2,247,680.

CBP Officers and U.S. Homeland Security Investigations discovered the counterfeit shoes while conducting an enforcement exam on a shipment that just arrived from China. Officers say the shoes were in a box labeled as “napkins”; U.S. Customs and Border Protection says the label was a way to disguise the items. 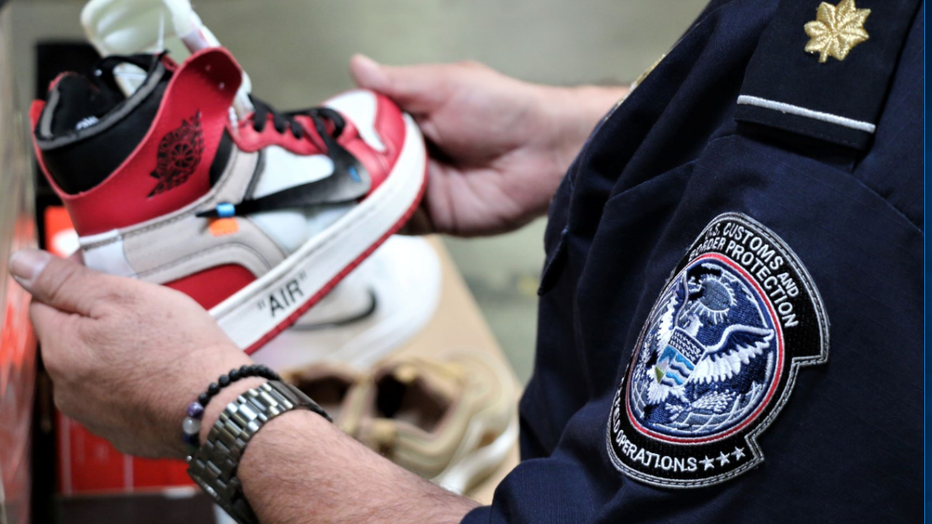 “Intellectual property theft is a crime that leads to lost revenue for American industry, a loss of American jobs, and often poses a threat to public health and safety,” said Carlos C. Martel, CBP Director of Field Operations in Los Angeles in a statement. 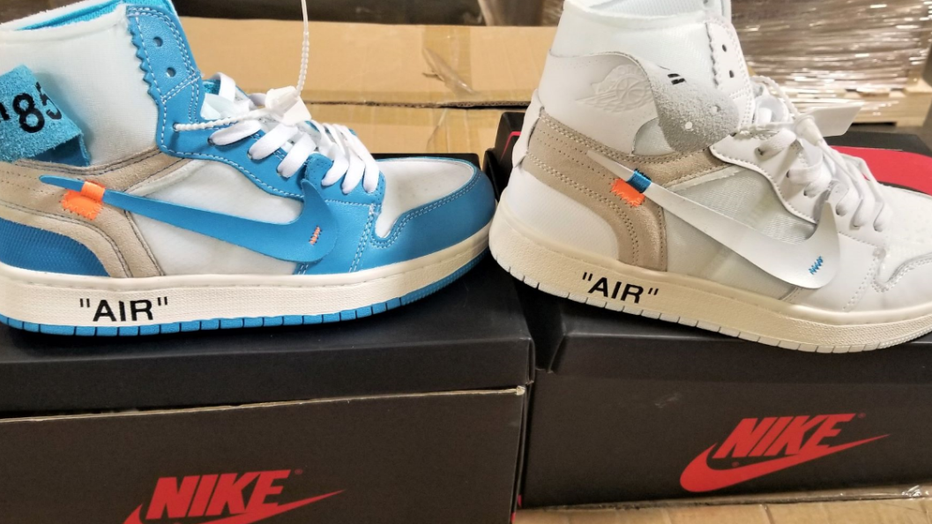 If anyone has any suspicion of or information regarding suspected fraud or illegal trade, they are urged to contact e-Allegations Online Trade Violation Reporting System or call 1-800-BE-ALERT.