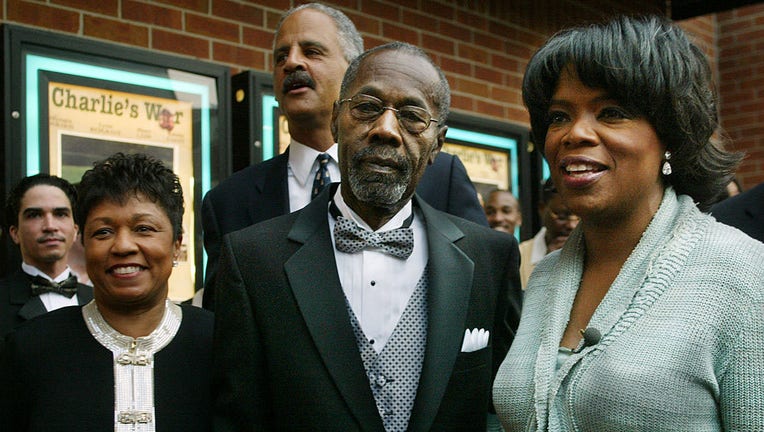 Dr. Barbara Winfrey (L to R), Stedman Graham, Vernon Winfrey and daughter Oprah Winfrey arrive at the opening of Charlie's War at the Nashville Film Festival at the Green Hills Regal Cinema May 2, 2003 in Nashville Tennessee. (Photo by Adriane Jaeckl

Vernon had been battling cancer, according to Oprah Daily, and died at the age of 89. He passed away Friday, July 8, with family by his side, including Oprah.

"Yesterday with family surrounding his bedside I had the sacred honor of witnessing the man responsible for my life, take his last breath," Oprah wrote. "We could feel Peace enter the room at his passing."

Oprah shared the news alongside a video of gospel singer Wintley Phipps "saluting" Vernon with a song, which took place at a recent Fourth of July celebration held by her family.

The celebration was a surprise barbecue called "Vernon Winfrey Appreciation Day," which included a barber chair to honor his long career as a barber and owning his own shop in Nashville for nearly 50 years. 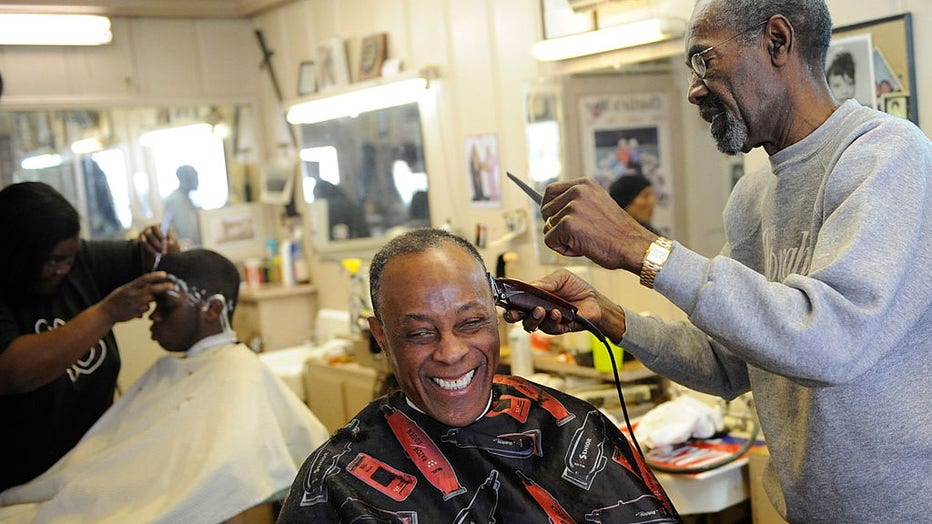 Vernon Winfrey, right, cuts hair on Roland Jones at a barbershop, that is owned by Vernon who is the father of Oprah Winfrey, in Nashville, Tennessee. The barbershop is a popular place for men in the neighborhood to hangout and talk politics. RJ Sang

He was surprised with flowers, balloons, a giant sign and loved once — including his older sister, according to OprahDaily, formerly known as O, the Oprah Magazine.

"Less than a week ago we honored my father in his own backyard," Oprah shared. According to Oprah Daily, the party was a "celebration to give him "his flowers" while he’s still well enough to fully take in the praise of the people he’s touched."

Vernon served as a member of Nashville's Metro City Council for 16 years and was a trustee for the Tennessee State University.

Oprah spent her early childhood at her father's hometown of Kosciusko, Mississippi, and in Milwaukee with her mother, Vernita Lee, who died in 2018. However, she also lived with her father in Nashville, between the ages of 7 and 9 and during her teens.

"If it were not for him, I doubt that anybody in the world would know my name," OprahDaily reported she said in her video for Father’s Day. "I know firsthand how the trajectory of life can change by the positive influence of a good father."

Details about funeral plans were not immediately released.

Edit: An earlier version of this story said Vernon Winfrey died at the age of 88.