Authorities in Cayce, SC are continuing the desperate search for a 6-year-old girl who went missing from her home Monday afternoon.

CAYCE, S.C. - One of the vehicles being sought in the investigation of missing 6-year-old Faye Swetlik has been identified.

"Thanks to your tips, the Chevrolet Trailblazer has been identified but investigators are still seeking information about the silver vehicle in the photos," the Cayce Dept. of Public Safety said on Thursday.

The two vehicles were spotted in the Churchhill Heights neighborhood during the time Swetlik disappeared.

Authorities in South Carolina have released photos of two vehicles they say were in the neighborhood around the time 6-year-old Faye Swetlik disappeared.  (Cayce Department of Public Safety)

The Cayce Dept. of Public Safety said their investigators are trying to talk to anyone who was in the Churchill Heights area at the time Swetlik was last seen.

Family members told authorities the last time they saw Swetlik was when she was playing in the front yard of her residence around 3:33 p.m. on Londonberry Lane after she got off the school bus on Monday, Feb. 10.

Family members told authorities that they "lost track of her." Officials said there has been no indication yet that the child was abducted.

Authorities confirmed on Thursday that they did tow multiple vehicles from the family's property. They would not go into detail regarding this action, saying it would possibly hurt their investigation.

"Help us bring Faye home," an investigator with the Cayce Dept. of Public Safety said.

A constant police presence has been at the family's home since 5 p.m. Monday.

Surveillance video was released on Wednesday of 6-year-old Faye Swetlik getting off the school bus Monday before she vanished.

She was last seen on Monday, Feb. 10 before she vanished from her front yard, police said.

Police said the child has a speech impediment and a tethered tongue. She is also lactose intolerant. 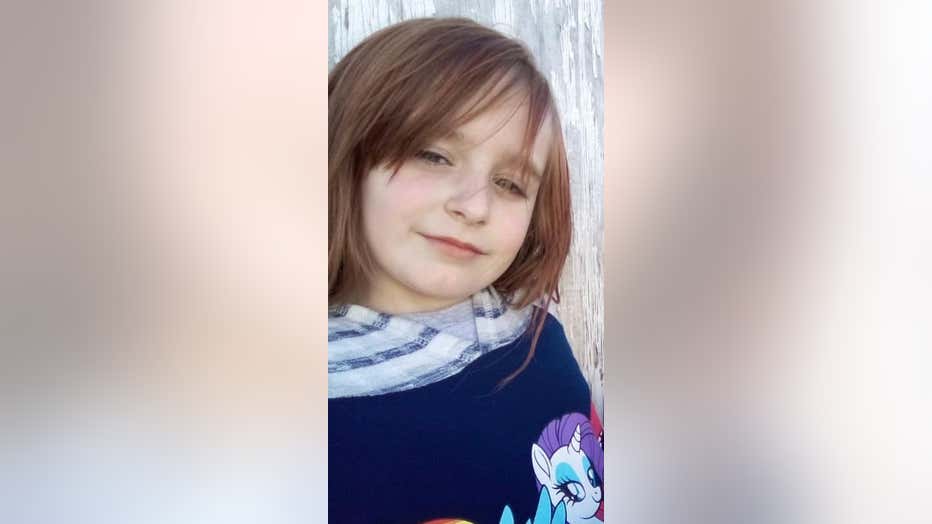