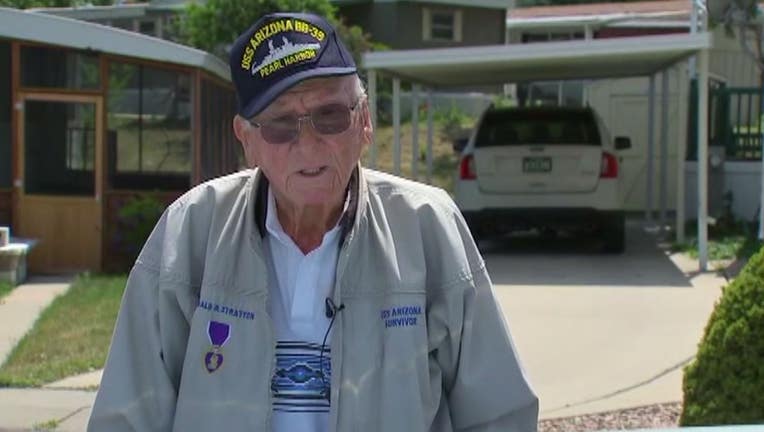 COLORADO SPRINGS, Colo. - One of the remaining USS Arizona crew members who survived the attack on Pearl Harbor has died.

Donald Stratton passed away at his Colorado Springs home in his sleep Saturday with his family in attendance.

The 97-year-old veteran had been in poor health since contracting pneumonia in October.

"He was a very humble, very quiet hero," said his son, Randy Stratton. "He didn't want or seek the attention he received."

Stratton was one of the survivors of the Dec. 7, 1941, Japanese aerial attack on the U.S. Navy base at Pearl Harbor on Oahu, Hawaii. More than 1,100 crew members died on the battleship.

Nearly 2,500 Americans died as a result of the Pearl Harbor attack that prompted America's entry into World War II.

"One of Donald's final wishes was that people remember Pearl Harbor and the men aboard the USS Arizona. Share their story and never forget those who gave all for our great country," a post on Stratton's Facebook page said.

Stratton attended many of the annual Pearl Harbor remembrance ceremonies and was the author of the bestselling book, "All the Gallant Men."