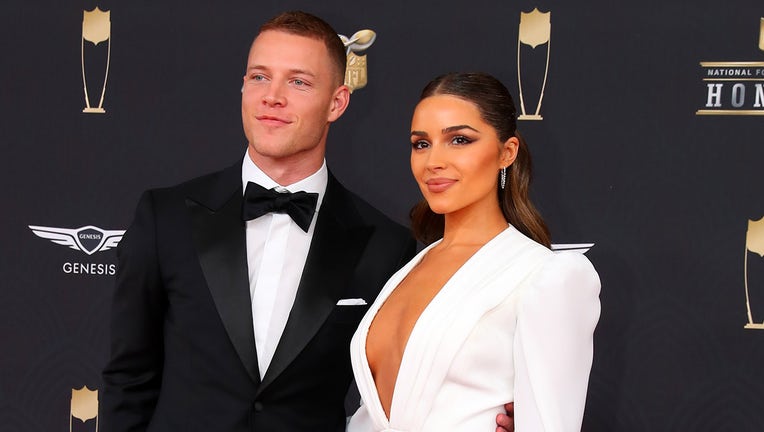 Carolina Panthers running back Christian McCaffrey and Olivia Culpo pose on the Red Carpet poses prior to the NFL Honors on February 1, 2020 at the Adrienne Arsht Center in Miami, FL. (Photo by Rich Graessle/PPI/Icon Sportswire via Getty Images)

Olivia Culpo almost missed a flight to paradise after American Airlines found her outfit to be inappropriate.

The former Miss USA was boarding a flight to Cabo San Lucas, Mexico, when her sister, Aurora Culpo, revealed that she was told to "put a blouse on."

"Olivia and I are going to Cabo and look at her outfit," Aurora says in an Instagram Story, while showing off Olivia's attire, which consisted of black biker shorts, a black bralette and a black coverup.

"She looks cute. She looks appropriate. No. They call her up to the desk and tell her that she needs to put a blouse on otherwise she can't get on the plane," Aurora continues. "Tell me that is not so f---ed up. American Airlines, I love you so much, please get me to Cabo."

FORMER PLAYMATE CRYSTAL HEFNER SAYS SHE REMOVED 'EVERYTHING FAKE FROM MY BODY,’ IS EMPOWERED BY ‘MODESTY’

Olivia shared her sister's video, writing, "Oh no I'm confused lol. Is this inappropriate/offensive?  Leave it to aurora to cause a scene. Hide me," she wrote.

In a follow-up video taken from the airport, Aurora shows off another passenger who is wearing a similar athleisure outfit to Olivia's. "That's weird," the passenger said about the fuss over the model's look. 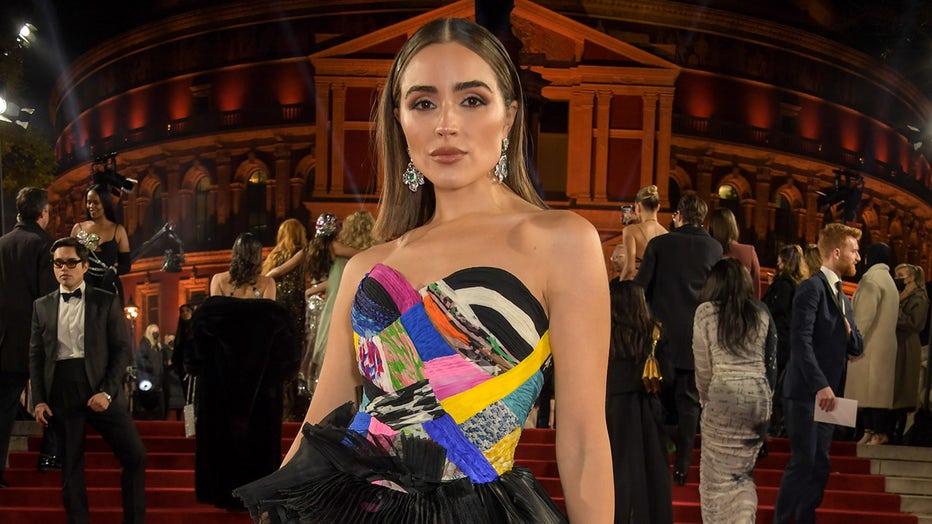 The Sports Illustrated Swimsuit cover model ended up wearing her boyfriend Christian McCaffrey's sweatshirt. Aurora later shared a photo of McCaffrey struggling to stay warm on the plane in just a T-shirt. She captioned her Instagram Story, "When you freeze bc ur lady dress inappropriate AF. Exactly how Jack from the Titanic died."

FORMER PLAYBOY BUNNY JAKI NETT GETS CANDID ON MEETING HUGH HEFNER, WHY SHE LEFT THE CLUB: 'I GRIEVED SO MUCH'

The jokes didn't stop there. Aurora trolled the airlines when she shared a screenshot from a website consisting of similar clothing Olivia was wearing. "Get kicked off @americanair starter kit," Olivia's sister joked.

After the three landed in Mexico, Olivia assured her followers that she was "dressed back in my risque athliesure (sic) outfit and gave Christian back his clothes lol."

Fox News has reached out to American Airlines for comment. 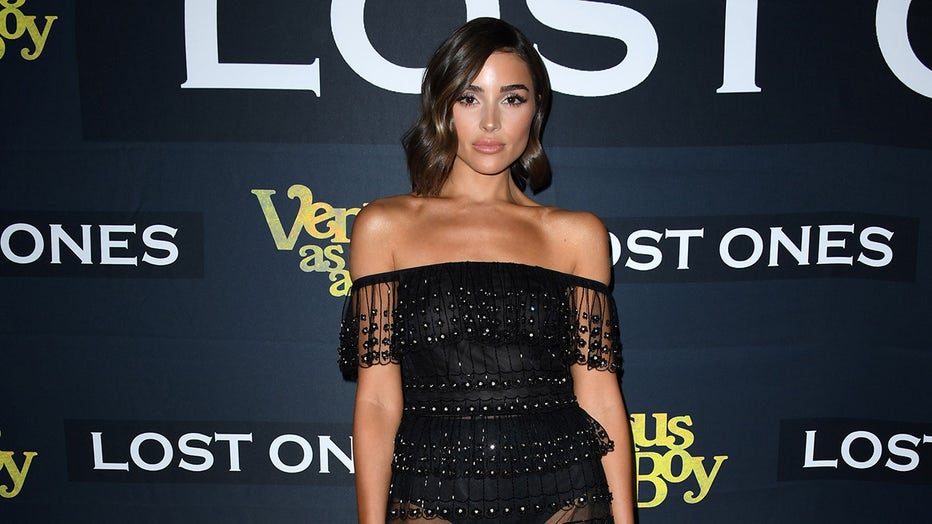 Olivia Culpo attends the Los Angeles Premiere Of "Venus As A Boy" at The Lombardi House on September 22, 2021 in Los Angeles, California. (Photo by Jon Kopaloff/Getty Images)

Culpo and McCaffrey, who plays for the Carolina Panthers, marked their two-year anniversary last July, with Culpo writing on Instagram, "Getting to see you work your butt off every single day to make your dreams come true has been such an inspiration to me and your sincerity in everything you do makes me feel like the luckiest girl in the world."