HAMILTON, Ohio - Sheriff Richard "Rick" Jones of Butler County, Ohio says he's ready to offer a helping hand, and even some of his own money, to "celebrities... movie stars... and sports figures" who have said they will leave the United States if President Donald Trump wins re-election.

In a live video posted on Facebook, Sheriff Jones said "I feel obligated to make a response," to unnamed, high-profile citizens he says are embarrassed or ashamed of their country.

"I'm not a rich person," the sheriff said, but "I would be willing to throw in $10 to a special fund" that would theoretically go toward moving expenses and plane tickets.

PREVIOUS: 'You shoot at the police, expect us to shoot back,' Ohio sheriff says

It's not the first time Jones has made headlines. Back in September, he went viral for saying, "You shoot at the police, expect us to shoot back."

In his latest video, the sheriff did not name any celebrities, movie stars, or sports figures by name, however public figures in various entertainment industries have publicly come out both for and against the sitting president.

But just this week, actress Kirstie Alley pushed back on critics after she expressed support for the president.

The video shows the president dancing to the song, which has become a feature at recent Trump events and which has sparked a YMCA/MAGA parody mash-up. ((Credit: Ryann McEnany via Storyful)

Rapper and actor 50 Cent has endorsed the president's tax plan and rapper and movie star Ice Cube defended working with the Trump administration on the so-called Platinum Plan, which is aimed at improving the lives of Black Americans.

But without naming names, the Butler County sheriff offered his support to anyone willing to take it if that person wants to leave "the greatest country in the world." 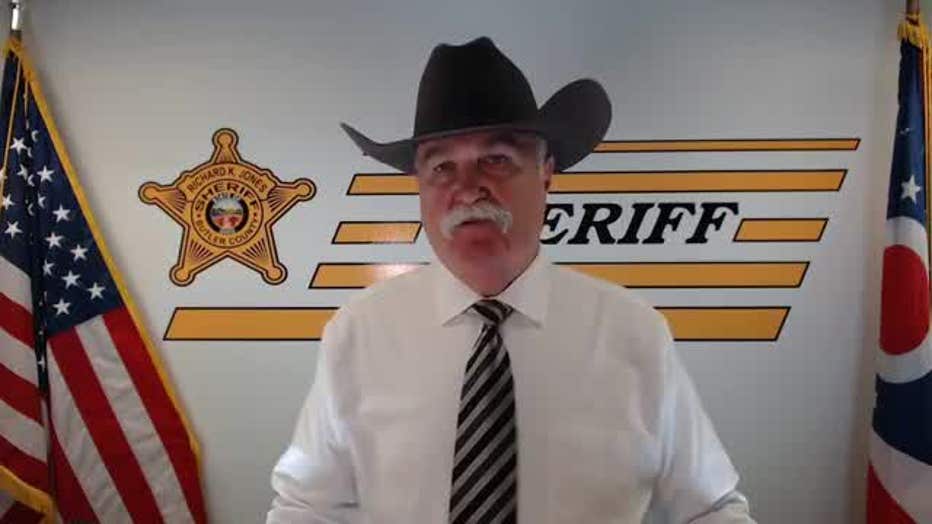 There's a catch to the sheriff's offer, however.

"The rule is you can't come back you have to stay there and make a better life for yourself and hopefully you get along with that country that you choose," the sheriff said with a smile.

"The last election, the ones that promised [to leave] never left. I think they told us a lie, so this time those that are going to leave -- the 'special people' I call them -- I hope you all the luck and good for you," the sheriff said.

"I love my country, and I put my hand over my heart when they play the National Anthem, and I stand. Those of you that don't like it, leave. Pretty simple. And again, I will help them with that trip. You just can't come back."