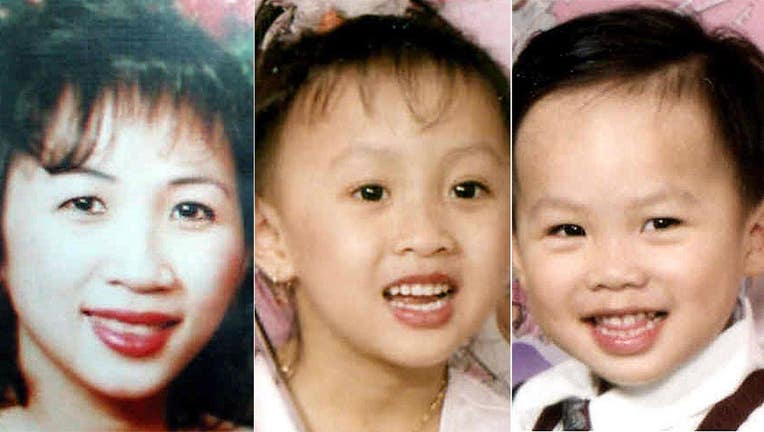 On Monday, investigators announced that Stephanie Van Nguyen was positively identified from a fibula bone found in her SUV that was pulled from the Ohio River in October. No other remains were found, and her two children, Kristina, 4, and 3-year-old

AURORA, Ind. - Human remains discovered last year inside an SUV submerged in an Indiana river have been identified as belonging to an Ohio woman who disappeared nearly 20 years ago with her two children, authorities said Monday.

Stephanie Van Nguyen was 26 years old when she and her two children, Kristina, 4, and 3-year-old John, vanished in April 2002. Nguyen left a note saying she planned to drive into the Ohio River, which stretches from Illinois to Pennsylvania. She was last known to be driving a 1997 Nissan Pathfinder.

In October, police said investigators renewed the search for the family and used sonar scan technology in the Ohio River near Lesko Park in Aurora, Indiana, where they located the SUV more than 50 feet below the surface and 300 feet from the bank of the river. No further information about the discovery was given at the time. 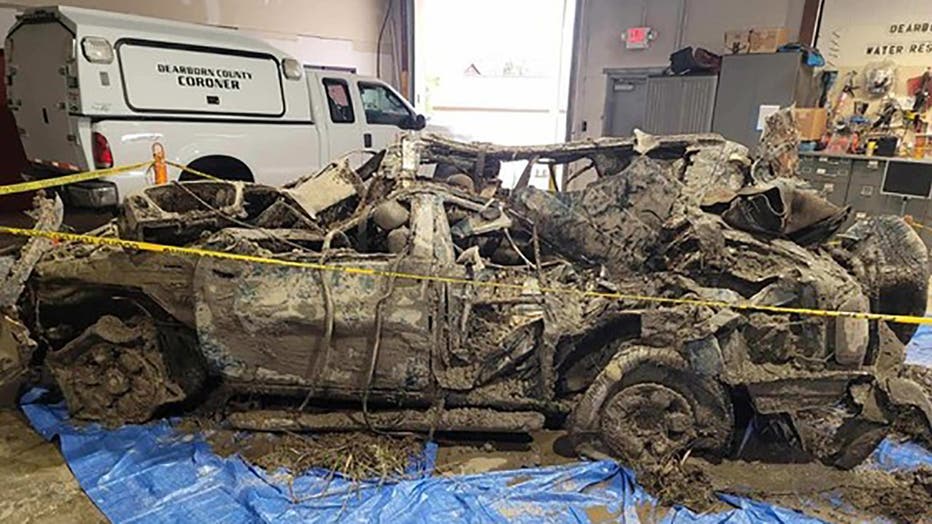 Nguyen's 1997 Nissan Pathfinder was discovered more than 50 feet below the surface and 300 feet from the bank of the Ohio River on Oct. 14, 2021. (Indiana State Police)

On Monday, Indiana State Police said a bone believed to be human had been found inside the SUV and sent to laboratories for testing.

After months of analysis, the Ohio Bureau of Criminal Investigations Laboratory on Friday positively identified Nguyen from the fibula bone and through obtaining mitochondrial DNA, the Dearborn County Coroner said in a news release.

No other human remains were in the vehicle, the coroner said. 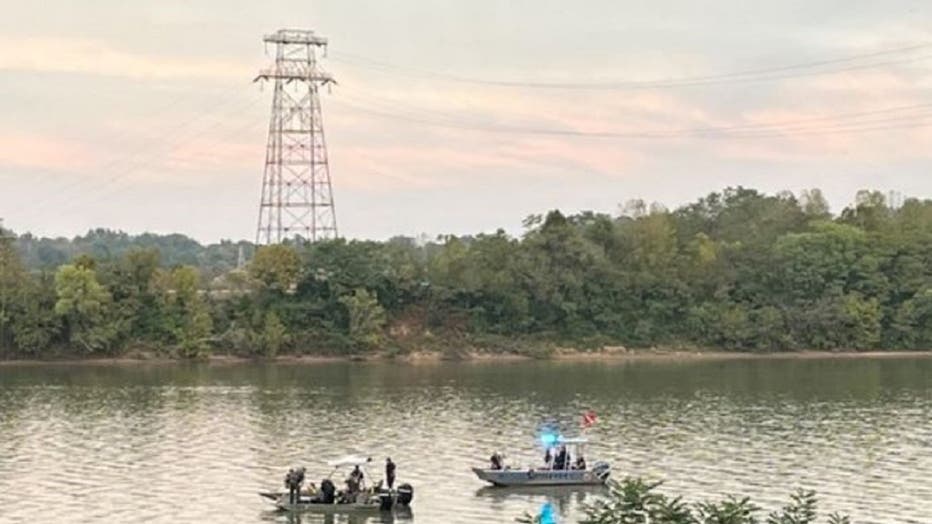 Investigators located the SUV in the Ohio River near Lesko Park in Aurora, Indiana, using sonar scan technology on Oct. 14, 2021. Officials said that a dive is planned to search for more human remains once the weather improves. (Indiana State Police)

Nguyen’s two children will continue to be listed as an open missing persons case unless the remains are found or their family filed to declare them legally deceased, officials said.

Another dive in search of remains was expected to take place in the river once the weather improves, officials said.