Blue Ash police in Ohio arrested a kidnapping and assault suspect after locating him inside a hotel room. As they were taking him into custody, he attempted to flee by jumping through the hotel window but bounced off the reinforced glass, which was captured on body camera footage.

BLUE ASH, Ohio - An Ohio kidnap and assault suspect was arrested over the weekend after his attempt to escape out of a hotel window failed when he bounced off the reinforced glass as police officers were speaking with him.

The Blue Ash Police Department said officers responded to the Quality Hotel Conference Center Cincinnati Blue Ash when a front desk attendant requested a welfare check. She said she noticed a man and woman together and that the female discreetly asked for help.

"She stated she noticed a male and female and that the female looked unwell. She stated she was discreetly able to ask the female if she was okay and the female used body language to indicate that something was wrong," a police press release said, according to Cincinnati.com. 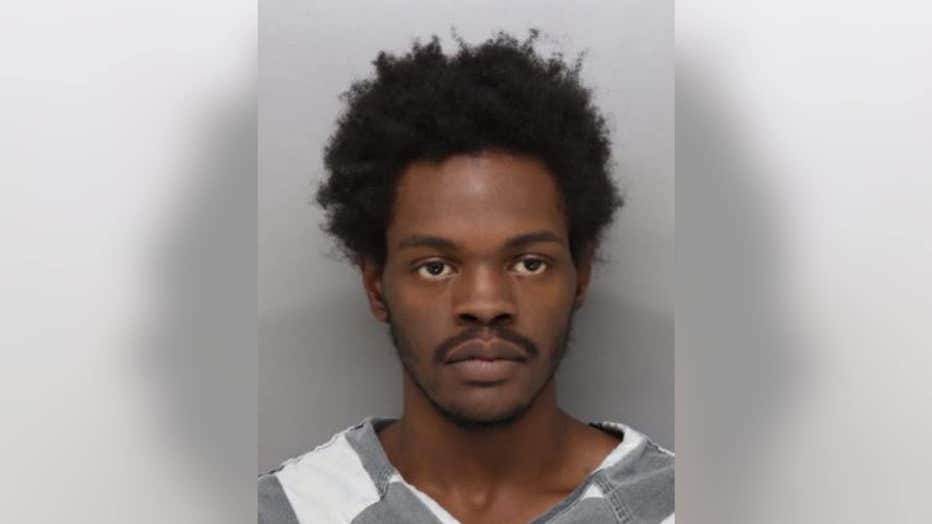 Onjre Damon George, 20, allegedly tried to flee the police after assaulted and kidnapped a woman at a hotel. (Hamilton County jail)

Fox News has reached out to the police department multiple times.

Authorities said the man, identified as Onjre Damon George, 20, assaulted the woman Sunday morning. Police Chief Scott Noel told reporters that George and the victim know each other and had a relationship at one time.

At one point, he allegedly refused to let her leave the Quality Hotel Conference Center Cincinnati Blue Ash they were staying at, Noel said.

When officers responded to the hotel, they separated the couple and were talking with George about why they were there.

At one point, the officer grabs George by the arms and says "don't tense up man," according to police body-camera footage.

Moments later, George makes a run for the window of his sixth-floor hotel room but bounces off the glass when he tries to jump out.

"Where are you going?" the officer asks.

"I'm about to jump. Don't tase me," George is heard saying before he is placed in handcuffs.

According to court documents obtained by Cincinnati.com, George choked the woman until she was unconscious.

He is charged with forcible rape, kidnap to engage in sexual activity and assault. He is being held in the Hamilton County jail on a $205,000 bond, according to jail records.