October raises awareness for Breast Cancer and LiveNOW from FOX talks with a doctor about the advances in treatments and importance of early detection.

CLEVELAND - A clinic in Cleveland, Ohio is pioneering a first-of-its-kind study which aims to test a vaccine that will prevent breast cancer.

Cleveland Clinic launched its phase I trial to determine what the maximum tolerated dose is of the revolutionary vaccine in patients diagnosed with early-stage triple-negative breast cancer, according to a news release.

The U.S. Food and Drug Administration recently approved an investigational new drug application for the vaccine which is being tested by the Cleveland Clinic in partnership with Anixa Biosciences, Inc., the clinic said. 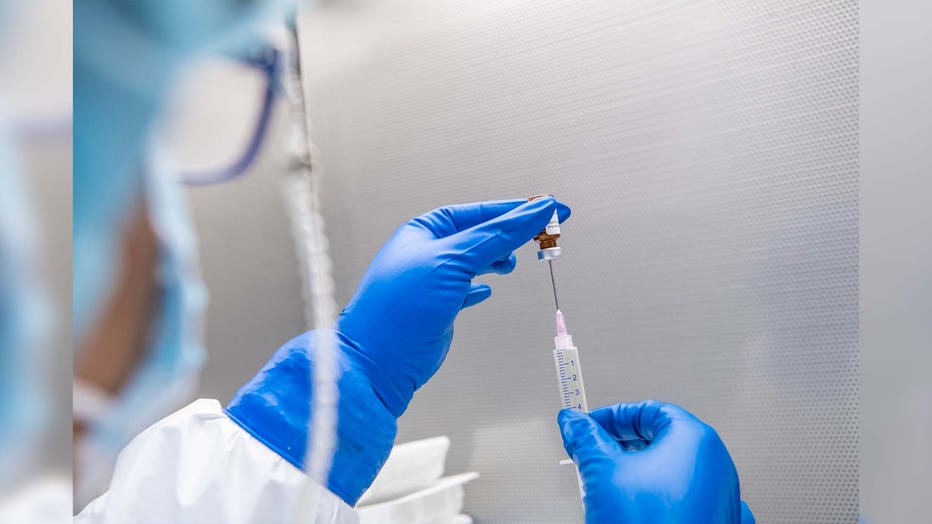 FILE- Pharmacy research technician demonstrates a mock preparation of the new breast cancer vaccine in the pharmacy of the basement of the Taussig Cancer Center on Monday, Oct. 25, 2021. (Lisa DeJong/Cleveland Clinic)

The new study is being funded by the U.S. Department of Defense and will include 18 to 24 patients who have completed treatment for early-stage triple-negative breast cancer within the past three years and are currently tumor-free but at high risk for recurrence, according to the clinic.

Participants in the study will receive three vaccinations, each three weeks apart, and will be under constant observation for side effects and immune responses. The study is estimated to be completed in September 2022, according to the clinic.

"We are hopeful that this research will lead to more advanced trials to determine the effectiveness of the vaccine against this highly aggressive type of breast cancer," said G. Thomas Budd, M.D., of Cleveland Clinic’s Taussig Cancer Institute and principal investigator of the study. "Long term, we are hoping that this can be a true preventive vaccine that would be administered to healthy women to prevent them from developing triple-negative breast cancer, the form of breast cancer for which we have the least effective treatments."

"There is a great need for improved treatments for triple-negative breast cancer, which does not have biological characteristics that typically respond to hormonal or targeted therapies," according to the clinic news release.

"This vaccine approach represents a potential new way to control breast cancer," said Vincent Tuohy, Ph.D., the primary inventor of the vaccine and staff immunologist at Cleveland Clinic’s Lerner Research Institute. "This vaccine strategy has the potential to be applied to other tumor types."

"Our translational research program focuses on developing vaccines that prevent diseases we confront with age, like breast, ovarian and endometrial cancers. If successful, these vaccines have the potential to transform the way we control adult-onset cancers and enhance life expectancy in a manner similar to the impact that the childhood vaccination program has had," added Tuohy.