Kelly Rule reports from Northeast Philadelphia, where a man allegedly stole an ambulance late Friday night and led police on a wild chase.

PHILADELPHIA - Philadelphia police have taken a suspect into custody following a stolen ambulance chase throughout the city Friday night.

The incident started around 9:30 p.m. Friday when fire rescue units responded to a domestic disturbance, along with a hospital case, at the Roosevelt Inn on the 7600 block of the Boulevard.

Police said the man at the scene became combative and stole the medic unit. 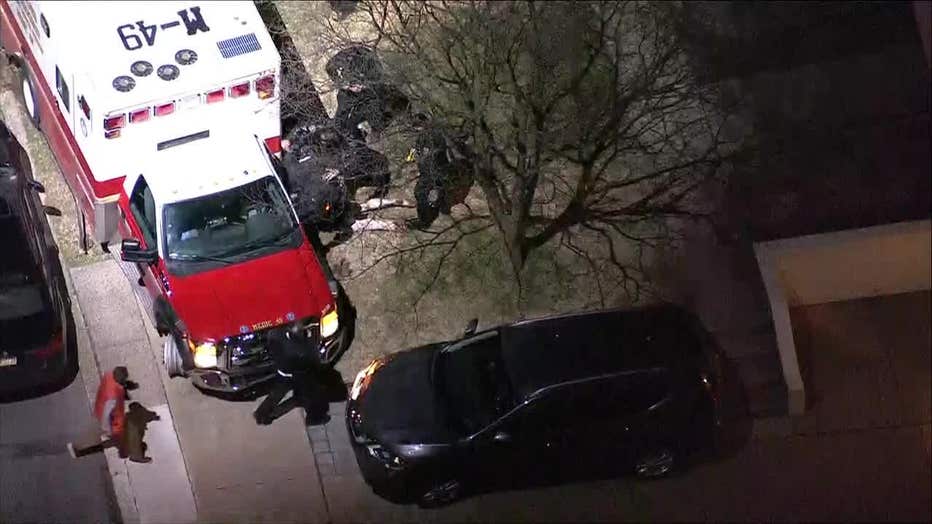 Watch as a tow truck attempted unsuccessfully to stop a stolen medic unit during a pursuit through the streets of Philadelphia on Friday night.

Police said the officer was taken to Nazareth Hospital with non-life threatening injuries.

At one point in the middle of the chase, it appeared as though police were making an arrest, but the man was able to get away as he crashed into several police cruisers and a tow truck.

SKYFOX is live over a stolen ambulance chase in Philadelphia.

Police were able to stop the ambulance and take the suspect into custody on the 2300 block of Tolbut Street around 10:40 p.m. Friday.

The slow-moving chase hit a top speed of 25 mph.