Officer finds American Flag on the ground due to high winds, rests it on homeowner’s doorstep

The kind moment happened in Peoria, Arizona on Sept. 9.

PEORIA, Ariz. - An officer noticed a wind-damaged American Flag while patrolling a neighborhood overnight and she took it upon herself to pick it up and rest it on the homeowner's doorstep.

The Peoria Police Department tweeted the Ring Doorbell video showing the kind deed that happened around 3:30 a.m. on Sept. 9.

She's seen picking the flag up, rolling the flag around the attached pole and leaving it on the doorstep.

The department says Peoria Police Officer Montes is a veteran.

"Thank you, and much respect," said the homeowner in a note shared by the department, also explaining the flag separated from its mount due to the high winds. 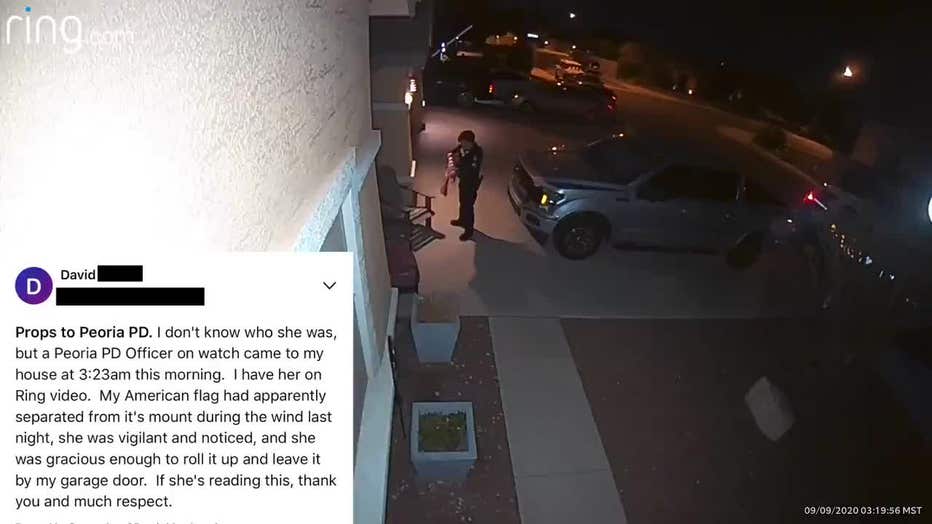