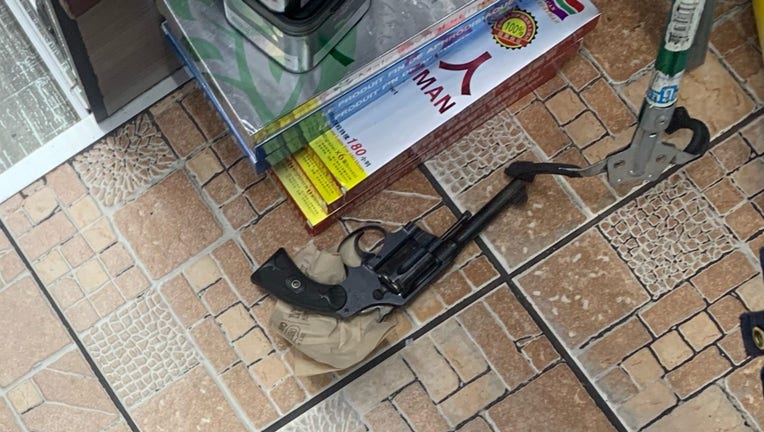 Officer Jason Maharaj tackled Steven Cohen, wrestled the gun away from him and held him until uniformed officers arrived, police said. NYPD

NEW YORK - An NYPD officer who was off-duty tackled and disarmed a gunman who fatally shot another man inside a Queens deli, said police.

The shooting happened at 6:15 p.m. Monday inside137-02 Cross Bay Boulevard in Jamaica. Steven Cohen, 63, shot a store employee in the stomach during an argument. A second store employee, a 32-year-old man, was also shot at by the suspect but was not injured.

Officer Jason Maharaj tackled Cohen, wrestled the gun away from him and held him until uniformed officers arrived, police said. Police Commissioner Dermot Shea tweeted, “On & off-duty, your NYPD cops put their lives on the line to protect New Yorkers — it’s what they do.”

Cohen, who police say is homeless, was arrested on charges including murder and criminal use of a firearm. It's not clear if he has an attorney who can respond to the charges.