The NYPD has released new surveillance footage of the brutal mugging of an off-duty NYPD officer in the Bronx on Tuesday morning that left the officer hospitalized in critical condition.

NEW YORK - An off-duty NYPD cop has been hospitalized in critical condition after he was attacked in the Bronx early Tuesday morning.

The 48-year-old officer, who has not been identified, was jogging on Olmstead Avenue at around 10:30 a.m. when at least three men jumped out of a black Honda sedan and then repeatedly struck the officer in the head and stole his cellphone, car keys and wallet, police said.

The men got back into the car and drove west on Turnbull Avenue, police said.

The officer was taken to Jacobi Hospital, where he is currently in critical but stable condition. Police say the officer sustained a fractured skull and brain bleeding as a result of the attack.

According to authorities, the officer works in Manhattan.

The NYPD said detectives believe this attack is linked to a series of robberies this summer in the city. Police said the same crew of thieves could be responsible for at least 19 robberies.

The head of the Police Benevolent Association, the union that represents rank-and-file officers, called for justice.

"While we pray at our injured brother's bedside tonight, police officers across this city are searching for the cowards who did this to him. Make no mistake: we will find them," PBA President Patrick Lynch said in a statement. "But we will need the rest of the justice system to step up and do its job, too. This is what happens when our leaders refuse to hold criminals accountable — not even a police officer can walk these streets safely." 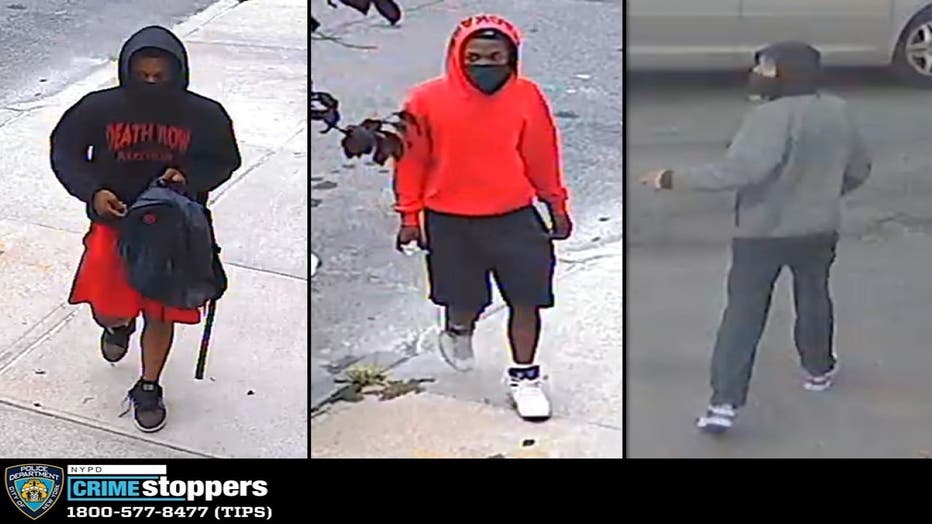