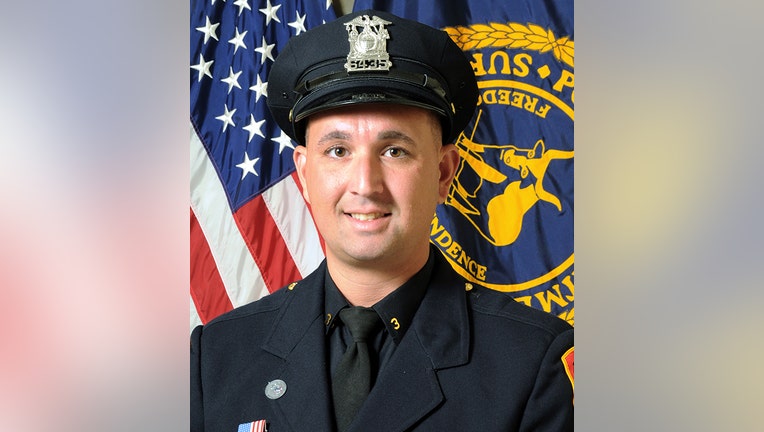 SELDEN, N.Y. - An off-duty police officer who survived cancer and months of grueling radiation and chemotherapy was killed in a one-car crash on Long Island early Monday, police said.

Police Officer Vincent Pelliccio of the Suffolk County Police Department was driving northbound on Nicolls Road in Selden shortly after 12:30 a.m. when he crashed his Jeep into a median, police said.

First responders took Pelliccio to Stony Brook University Hospital where he was pronounced dead. He was 30.

"Police Officer Vincent Pelliccio was an exemplary and distinguished member of the Suffolk County Police Department whose dedication to his family, friends, and the residents of Suffolk County, was an inspiration for others throughout his years of service," Acting Police Commissioner Stuart Cameron said in a statement. "His loss is felt by everyone in the SCPD family, and I offer my sincere condolences to his family and friends."

Pelliccio, whose father is a retired NYPD detective, joined the Suffolk County Police Department in 2014 and was assigned to the Third Precinct.

In 2017, Pelliccio, then 26, underwent intensive radiation and chemotherapy for testicular cancer, Newsday reported, and later had surgery to remove a cancerous growth from his stomach.

"Even when he was too sick to report for duty, he was constantly in contact with his colleagues and friends at the SCPD, expressing his desire to help and return to his sector in Central Islip," the police department said in a news release. 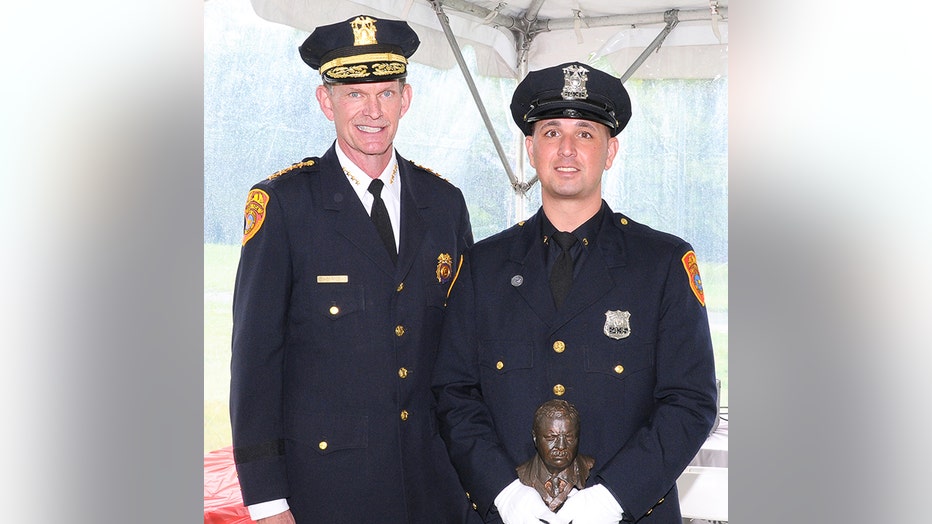 Pelliccio returned to full duty in 2018. The following year, he was honored with the Theodore Roosevelt Police Award, which recognizes officers who overcome serious injury, disease, or disability and return to work.

"An exemplary law enforcement professional and relentless fighter who returned to work full duty after winning a battle with cancer, Officer Pelliccio's tragic passing has shaken our entire police family," Suffolk County Executive Steve Bellone said. "My thoughts and prayers are with his fiancée and his family during this incredibly difficult time."

Pelliccio is survived by his fiancée, Danielle Trotta, his parents, and his sister. He lived in Port Jefferson Station.

Police impounded his Jeep for a safety check.