OBJ was escorted off an American Airlines flight at the Miami International Airport after flight attendants reportedly tried to wake him up to fasten his seat belt, according to the Miami-Dade Police Department.

Around 9:30 a.m., officers said they were dispatched to a medical emergency because the flight crew was concerned about OBJ who appeared to be "coming in and out of consciousness" prior to his departure.

The crew was trying to wake OBJ to fasten his seatbelt before the flight's departure, which was headed for LAX. 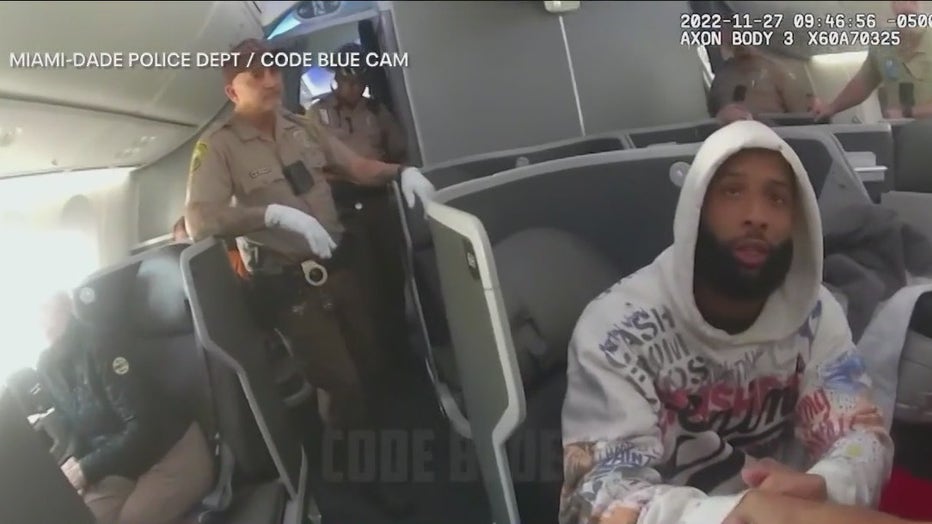 Flight attendants feared that OBJ was "seriously ill" and were concerned that his condition would worsen during the five-hour flight, police said.

A video on Twitter showed OBJ walking out of the boarding area as he appears to be getting escorted out the gate by officers. OBJ sent a series of tweets following the incident.

The Miami-Dade Police Department said OBJ was escorted to the non-secure area of the terminal by the officers where he made other arrangements.

The flight re-departed at 10:54 a.m., according to an American Air.