A bullet became lodged in an occupied school bus in Brooklyn. Reported by Antwan Lewis

NEW YORK - A stray bullet from a deadly shooting hit an occupied school on Tuesday morning.

The NYPD descended on Pennsylvania and Dumont Avenues in Brownsville where the mini-yellow school bus was blocked off by police tape.

Cops responded to a 911 call at 8:45 a.m. about shots fired. They found a 32-year-old man shot multiple times in the torso. Francisco Bonilla was rushed to Brookdale Hospital where he was pronounced dead.

One of the bullets became lodged in the school bus. One child was on board the bus, according to the police. The driver and the child were not injured.

Another bullet struck an MTA bus, shattering the glass of the rear exit door.

Police were searching for the gunman.

If you have any information, you can contact Crime Stoppers at 800-577-8477, nypdcrimestoppers.com, or on Twitter at @NYPDTips. 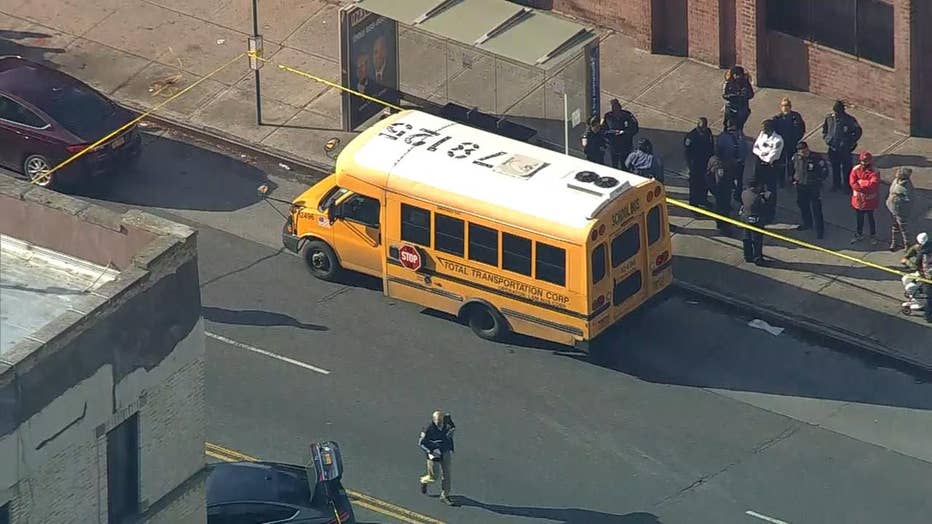 The NYPD descended on Pennsylvania and Dumont Avenues in Brooklyn Tuesday morning after reports of a stray bullet striking an occupied school bus.