Samuel Gettachew and Sophie Hankin from Apollos spoke with Alex Savidge during The Four on Monday, January 20, 2020.

Oakland Technical High School’s class of 1981 — who called themselves “The Apollos” because they wanted to reach for the stars — embarked on this mission in their freshman year. At the time, they were upset that there weren't any holidays recognizing leaders of color.

They set out to change that.

They spent the next four years of high school convincing politicians to have California follow in the footsteps of Illinois, Connecticut and Massachusetts and declare King’s birthday a holiday.

This little-known story was highlighted in a school play written and directed by current members of the Oakland Tech class of 2020, who interviewed some of the original Apollos and created an original script.

"It was a really big honor to interpret and re-enact the stories of the Apollos through theater," the student said.

The 17-year-old is a civil rights leader in his own right, penning his anti-gun poetry, plays and writings, some of which helped him win the coveted post of 2019 Oakland Youth Poet Laureate.

"It was a very cool and unique experience to be able to be part of this," added the teen's classmate, Sophie Hankin, 17, who was an actress in the play and an assistant director. "It was so great to hear the Apollos' stories and their passion and portray that on stage."

Sophie said it took at least six weeks to interview the five main students who led the charge, and then weeks of follow-up interviews when they realized they had holes to fill. 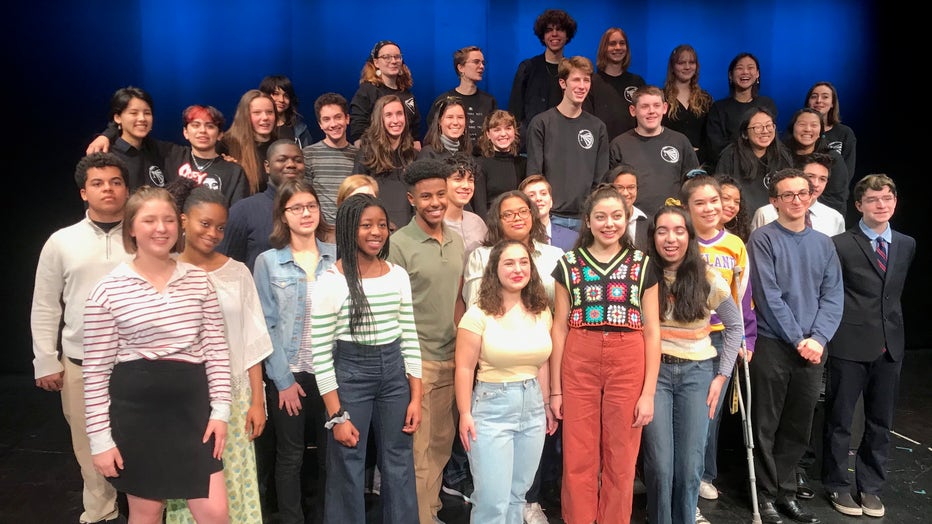 The Oak Tech Rep drama crew who wrote and performed The Apollos. 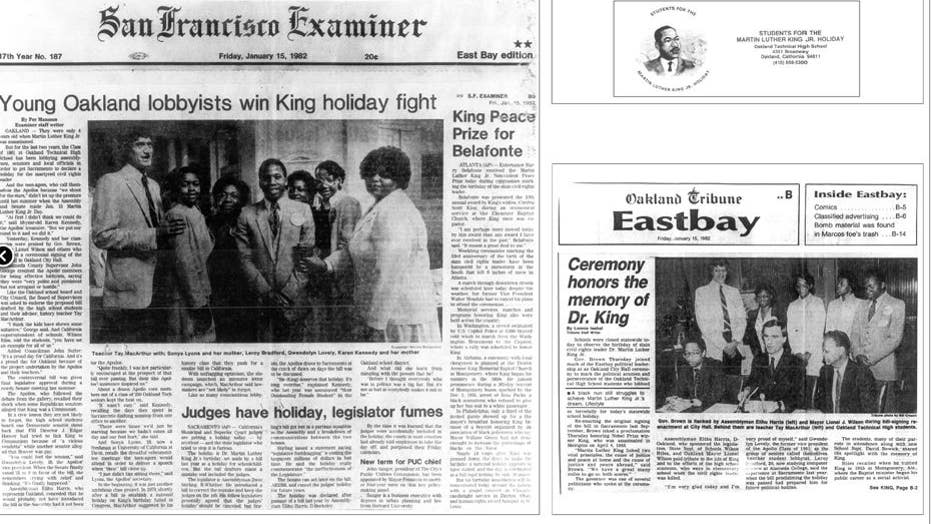 News coverage of the Oakland Tech students creating MLK as a state holiday. 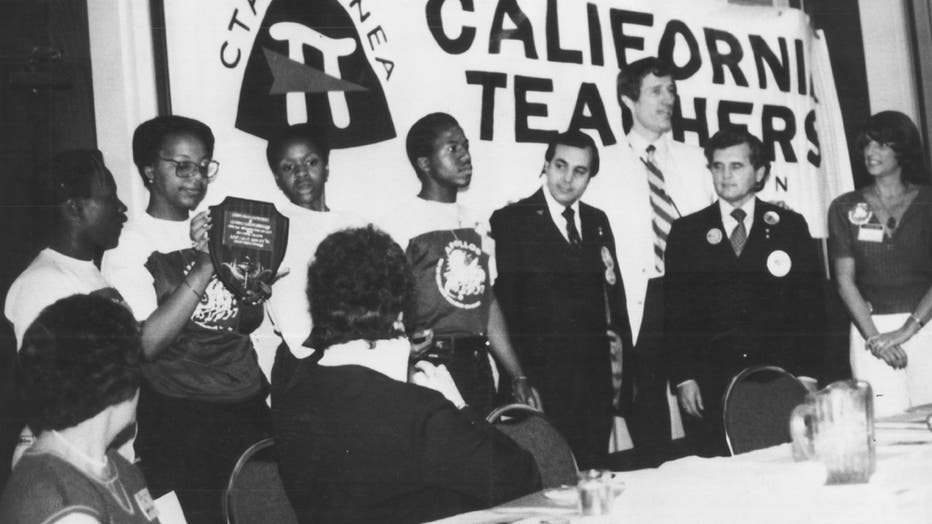 The original Apollos Class of '81 at Oakland Tech.

The play takes the audience on a journey of an unruly class of 9th graders taught by a formerly reluctant social studies teacher, Tay McArthur, to a mature body of students who fought alongside their teacher to get the bill passed.

Oak Tech Rep director Ena Dallas told the crowd that Angela Wheeler — one of the Apollos — approached her with the idea for the play. When Dallas brought it to her drama class, the students jumped at the opportunity, she said.

"I'm so incredibly proud of the students," Dallas said. "They brought their artistry and research skills into it." Dallas was the mastermind scheduler who tracked down all the Apollos for the students to interview.

Four of the five original Apollos and politicians, including then-State Assemblymember Elihu Harris, who helped push the bill forward, attended the play, which ran last Friday to Sunday, at the school's auditorium.

The current Tech students showed how their Apollo predecessors spent many nights at Oakland City Hall and walking the halls of the Capitol gathering signatures to support their bill, which ended up passing 21-20.

The Apollos convinced Harris and State Sen. Nicholas Petris to introduce a bill establishing the holiday. The late U.S. Rep. Ron Dellums and then Speaker of the Assemby Willie Brown also helped.

The state’s first Martin Luther King Jr. Day was celebrated in 1982. In 1986, it became a national holiday. 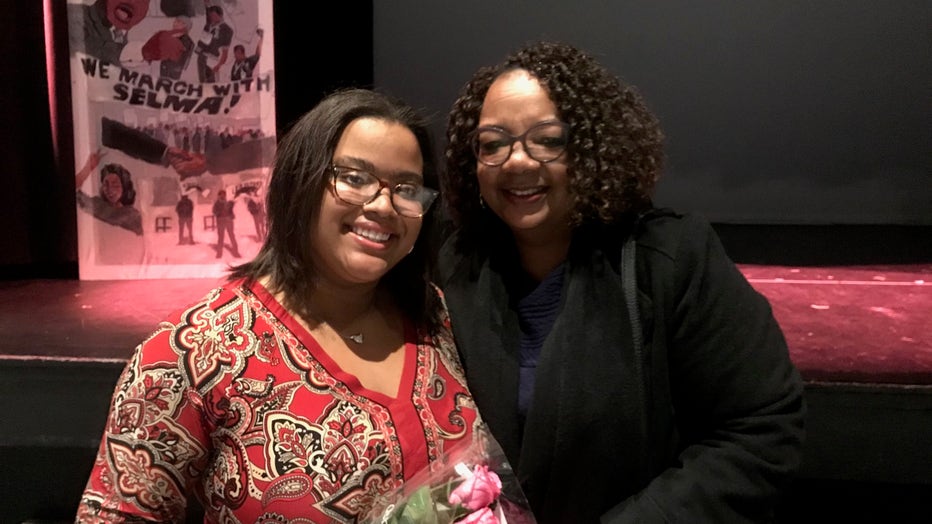 Karen Kennedy Freeman, (left) with Danae Thornton, the student who portrayed her in The Apollos at Oakland Tech. 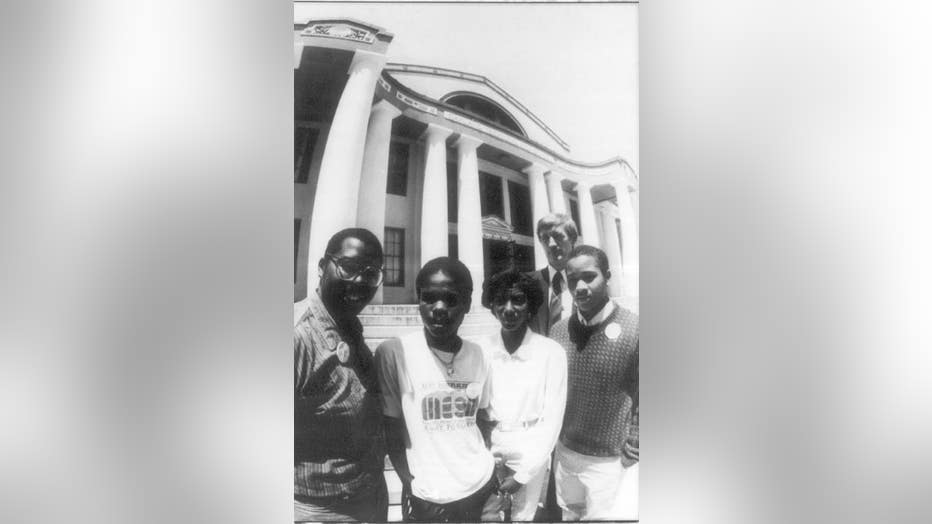 Some of the original Apollos at Oakland Tech.