Oakland police are investigating the homicide of a 2-year-old boy whose body was found at least 60 miles north in a rural area of Napa County.

OAKLAND, Calif. - Oakland police are investigating the homicide of a 2-year-old boy whose body was found at least 60 miles north in a rural area of Napa County.

In response to a query by KTVU on Thursday, spokesman Paul Chambers said that Oakland police were notified of the child's death on Dec. 23 just before 2:30 a.m. by San Pablo police.

Homicide detectives determined that the toddler died in Oakland, but that the body was dumped in Napa County. A source close to the investigation told KTVU the boy was found buried in a shallow grave.

At a news conference on Thursday, Oakland Police Chief LeRonne Armstrong said the child was killed along International Boulevard, but he would not provide an approximate location of where the crime occurred.

"This is a tragic case. This should not have happened," said Armstrong.

OPD on death of 2-year-old boy

Oakland police provide information on the death of 2-year-old Ja'mari "Guerrero" Madkins whose body was found in rural Napa County.

The Alameda County coroner said the identification of the child "is not available for release at this time."

But family friends identified the boy as Ja'mari Madkins, a child with an infectious laugh. He lived in Fairfield with his mother and grandmother.

"He just had the cutest curls," said Ashleigh McCullough, a friend of the boy's grandmother. "He loved his grandma's rice and beans. He was always stirring up trouble, like a toddler. He was just a joy having him in the house."

McCullough said the family is grieving and heartbroken.

"He was just an innocent baby. A baby," McCullough said. "This just sends my heart into pieces." 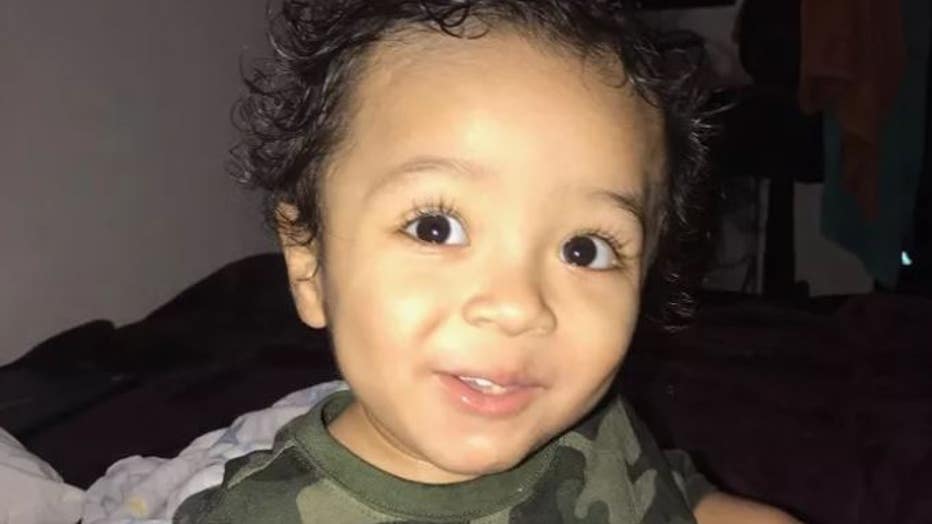 McCullough said she didn't know much about the circumstances of the death, and if she did, she wouldn't be at liberty to discuss them.

Inside was the boy's 17-year-old mother, who had been reported missing from Fairfield.

Also in that car was Keonte Harris, 21, of Antioch.

Oakland police say Harris had been pimping the boy's mother on the streets of Oakland, including at the corner of 19th Avenue and East 15th Street. The girl told police he'd grab her by the arm and choke her. Over the past month, they'd been living in his car or in a motel, authorities said in court records.

Oakland police said that someone connected to the toddler's death was arrested, but would not identify that person or their role.

Harris was charged by Alameda County prosecutors with human trafficking of a minor, pimping and pandering.

But no one has been charged in connection with Ja'mari's slaying.

Eli Yager, who lives in Fairfield, said she saw police digging on Rockville Road near Abernathy Road in Fairfield, but which also extends into Napa County.

Police at the time told concerned onlookers that they were given information that a child had been buried in the area.

Officers were out with shovels on several properties, Yager said, looking for a shallow grave.

As police are trying to put the case together, friends of Ja'mari's grandmother are raising money to help bury the little boy.