A New York University student was shot outside a campus building in Brooklyn on Tuesday afternoon.

NEW YORK - A New York University student was shot outside a campus building in Downtown Brooklyn on Tuesday afternoon.

The student was standing outside 6 MetroTech Center, which houses NYU's Tandon School of Engineering, when he was hit by either a stray bullet or a ricochet, according to John Beckman, the university's chief spokesperson.

"After being injured, the individual proceeded into one of our buildings, where he was promptly attended to by emergency responders and taken to the hospital," Beckman said in a statement. "Our understanding is that the injuries were not life threatening, and the individual did not lose consciousness."

Beckman said that the police were still investigating but that the shooting appears to have followed a dispute that started "elsewhere in the vicinity" just after 3 p.m. 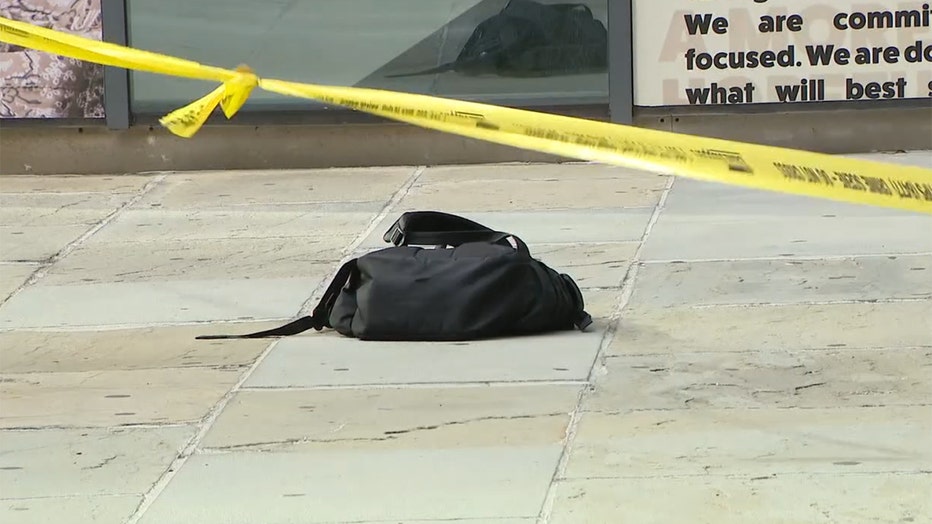 "We are deeply concerned about the well-being of the injured student; the thoughts of the NYU community are with him, as our profound wishes that his injuries are not too serious and his recovery will be swift," Beckman said. "The University is sending personnel to the hospital to offer support and has been in touch with the student's family."

The victim, a 19-year-old man, was taken to New York-Presbyterian Brooklyn Methodist Hospital to be treated for a gunshot wound to his arm, the NYPD said. 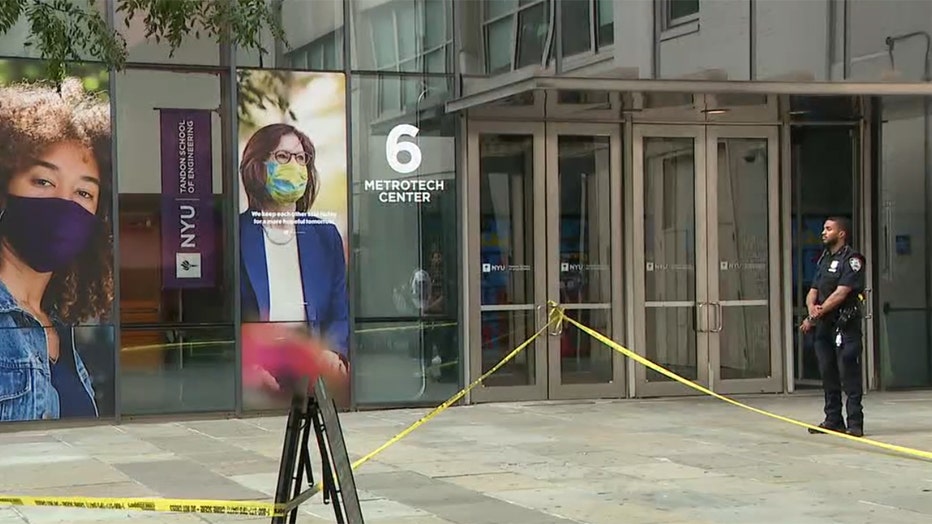 A police officer stands guard at the scene of a shooting outside an NYU building in Downtown Brooklyn, Sept. 21, 2021. (FOX 5 NY Photo)