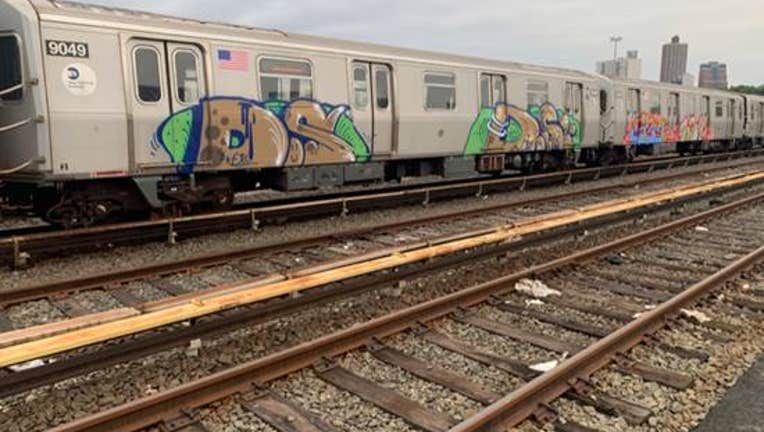 NEW YORK - A 39-year-old man and a 32-year-old woman have been arrested and charged with spray-painting graffiti on subway cars in Queens.

According to the NYPD, Hugo Guerreiro, who is originally from Portugal, and Alexis Gines, of Brooklyn, were arrested at around 2 a.m. on Wednesday morning when officers responded to a 9-1-1 call about graffiti on subway trains located in Forest Hills.

An investigation by the NYPD's Citywide Vandals Task Force found two duffel bags belonging to the pair that had been thrown under vehicles. The bags contained 15 cans of spray paint matching the paint used to make the graffiti. A police scanner was also recovered from Gines.

Guerreiro and Gines have both been charged with criminal mischief, making graffiti, reckless endangerment, criminal mischief with intent to damage property, possession of graffiti instruments, and criminal trespass. 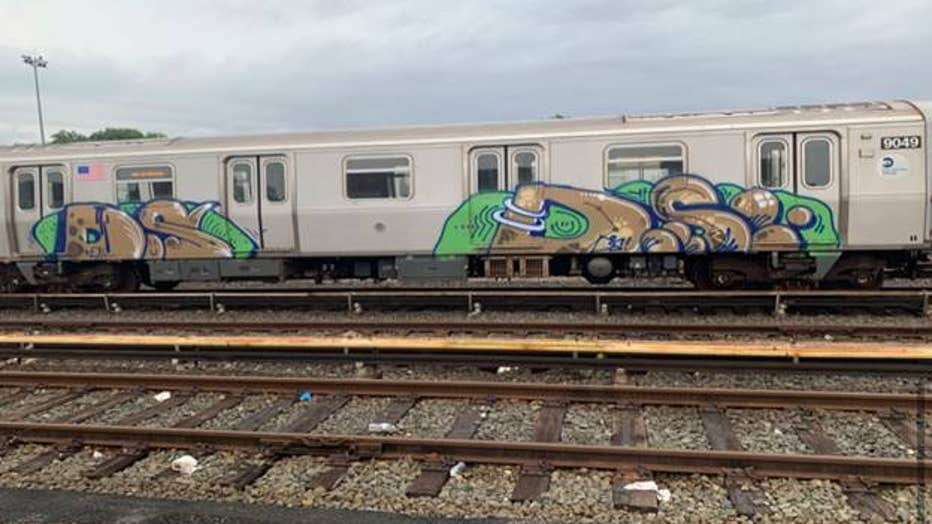 According to police, Guerreiro flew in from Portugal on June 20.

The trains that were vandalized were not in use and were being stored in a tunnel.

The suspects were also caught on camera leaving the train station with the duffel bags. 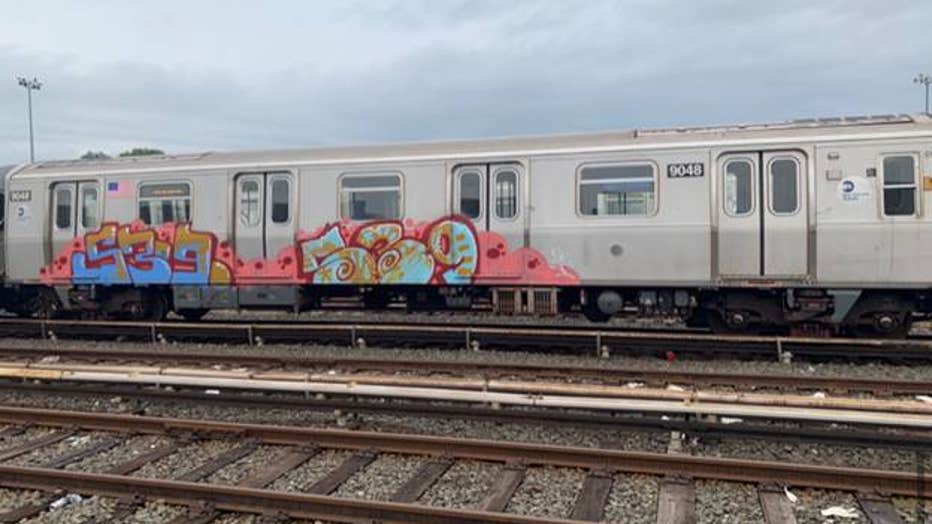