Police say they are searching for a boy between the ages of 11 and 13 in connection to a shooting in the Bronx on October 7.

NEW YORK - The NYPD is searching for a pre-teen suspect who was allegedly the gunman in a shooting that injured a 13-year-old boy in the Bronx last week.

According to authorities, just after 5:30 p.m. on October 7, the victim got into an argument with the suspect inside the Hunts Point Playground.

The suspect took out a gun and shot the victim once in the left knee before fleeing west on Hunts Point Avenue, along with four other suspects who are wanted for questioning in connection to the shooting.

Police say the suspect goes by the nickname ‘Chulo,’ and is a boy between the ages of 11 and 13 years old, standing just 4'7" and weighing 110 lbs. He was last seen wearing a black New Balance sweatshirt, a black t-shirt with white lettering, blue jeans, and black sneakers. 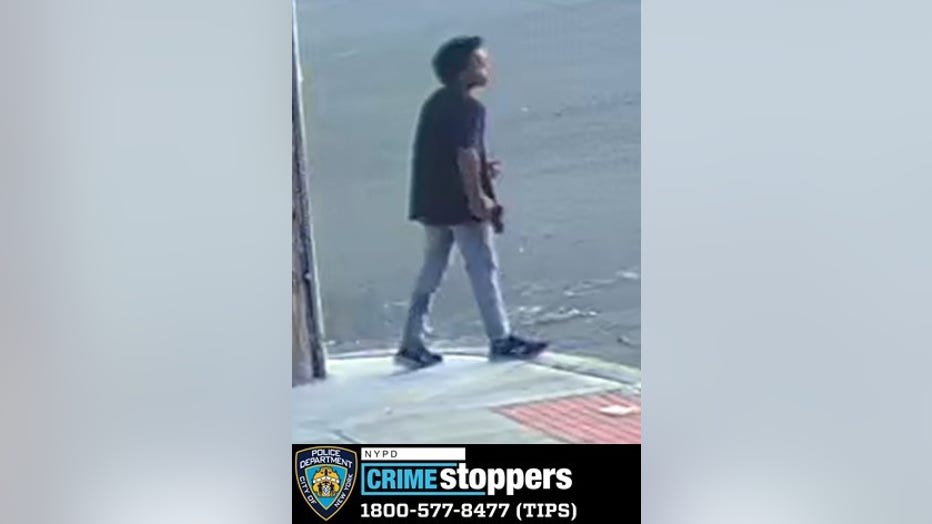 Police are also searching for a second suspect seen on surveillance video that may be connected to the shooting. The suspect is described as a male, last seen wearing a red sweatshirt, light-colored jeans, multicolored sneakers, and a black fanny pack.

Anyone with information in regard to this incident is asked to call the NYPD's Crime Stoppers Hotline at 1-800-577-TIPS (8477) or for Spanish, 1-888-57-PISTA (74782). The public can also submit their tips by logging onto the CrimeStoppers website at https://crimestoppers.nypdonline.org/ or on Twitter @NYPDTips. All calls are strictly confidential.