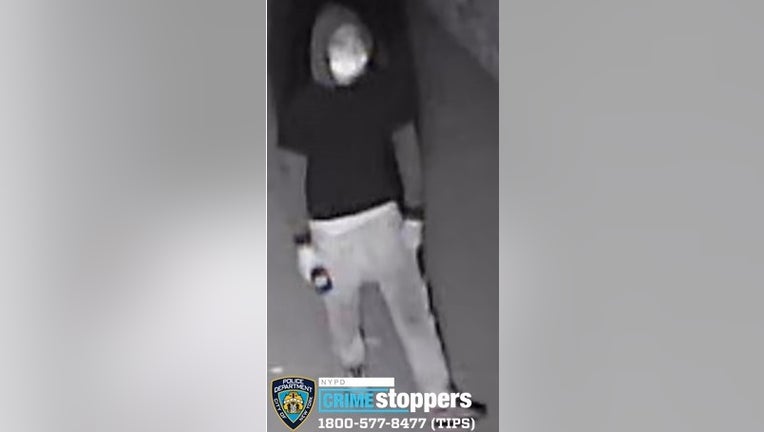 The NYPD has released a surveillance photo of a man wanted in connection to a string of robberies in Queens.

NEW YORK - The NYPD is on the lookout for a man who has robbed six Chinese-food delivery drivers in Queens since late August.

According to authorities, the suspect approached each of his victims at night, brandishing a weapon and demanding their cash and cellphones.

So far, police say the robber has made off with five cell phones and over $1600 in cash.

In the most recent incident, at 8:30 p.m. on October 8 outside of a home on 220th Street in Queens Village, the suspect drew a knife and punched his 39-year-old victim repeadly before taking the victim's cell phone and running away in an unknown direction. The victim received a small laceration under his left eye as a result of the attack.

All of the robbers' victims have been men, between the ages of 39 and 57, and all were attacked between August 26 and October 8.

Police have released a surveillance photo of the suspect, showing him wearing a dark hooded sweatshirt and a white mask.

Anyone with information in regard to this incident is asked to call the NYPD's Crime Stoppers Hotline at 1-800-577-TIPS (8477) or for Spanish, 1-888-57-PISTA (74782). The public can also submit their tips by logging onto the CrimeStoppers website at WWW.NYPDCRIMESTOPPERS.COM, or on Twitter @ NYPDTips.