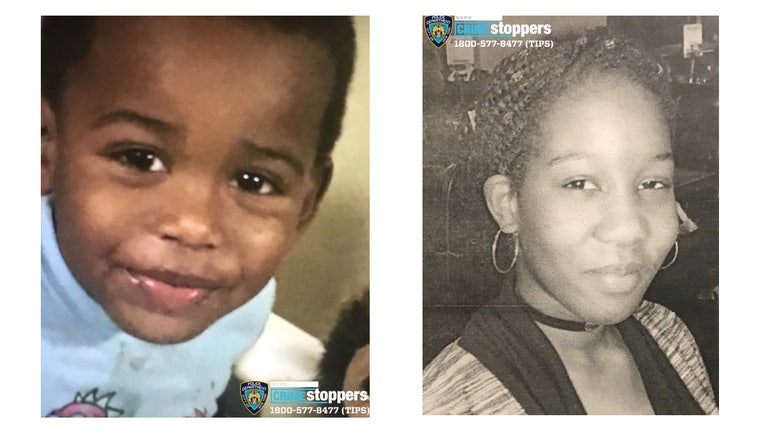 NEW YORK - Police in New York City are looking for help to find a teen mom and her child.

The NYPD says 18-year-old Nia King and her son, 2-year-old Messiah, are missing from their home on Howe Ave. in the Bronx.

Police say they have not been seen since leaving on Thursday afternoon at about 1:30.

Nia King is described as a black, approximately 5'6" tall, 180lbs., with black eyes and black hair in long braids. She was last seen wearing black pants, a black jacket, and a black hat.

Police did not release any information about what might have happened to them or why they might be concerned.