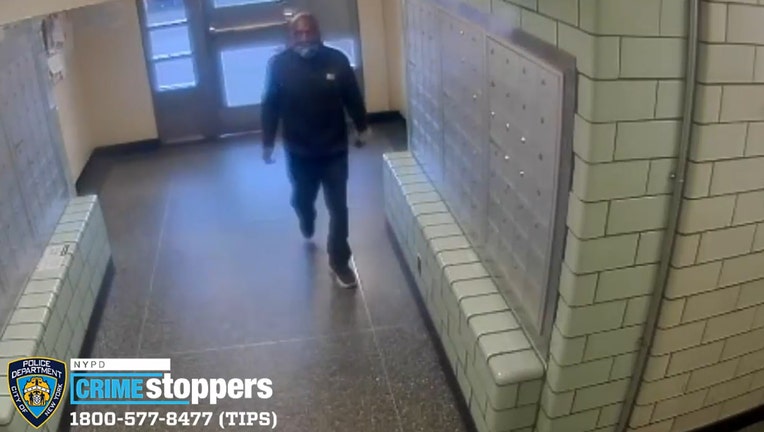 Police released images of the suspect in an attack on an NYPD officer.

NEW YORK - An NYPD officer sustained a fractured knee while tangling with a shoplifter at a Bronx Target store.

It happened Tuesday at about 2:45 p.m. at the Riverdale store.

The officer responded to a call of a man shoplifting a coffee maker and air fryer. The officer saw the man leaving the store and the officer attempted to stop him.

The pair got into a struggle and the shoplifter pushed the officer to the ground before escaping into a residential building and escaping through the back door. The officer sustained a fractured knee.  EMS took him to a hospital, where he was treated and released.

Police released images of the suspect.  He is described as approximately 40-years-old, with a dark complexion, weighing about 185 pounds, approximately 5'9" tall, and is bald. He was last seen wearing a dark-colored jacket, dark jeans, and gray sneakers.