The NYPD says officer David Afanador was arrested Thursday on charges of strangulation and attempted strangulation over an altercation last weekend on the Rockaway Beach boardwalk. Antwan Lewis reports.

NEW YORK - A New York City police officer who was suspended after putting a man in what authorities said was a banned chokehold now faces criminal charges.

The NYPD says officer David Afanador was arrested Thursday on charges of strangulation and attempted strangulation over an altercation last weekend on the Rockaway Beach boardwalk. The confrontation on the boardwalk came after weeks of protests following the death of George Floyd in Minnesota.

Afanador, 39, was expected to be arraigned at a criminal court in Queens.

“It’s become fashionable for prosecutors to make summary arrests of police officers without a full and thorough investigation," defense attorney Stephen Worth said. "The concept of due process seems to go out the window.”

There was no immediate comment from the officer's union. 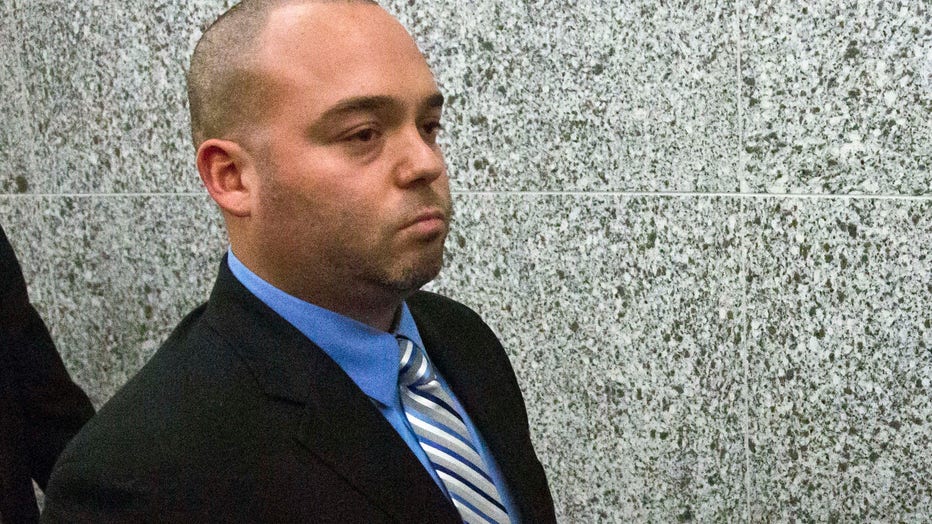 In Sunday’s encounter, a video shot by one of the men involved in the altercation showed officers tackling Ricky Bellevue, a Black man. The footage showed that Afanador crooked his arm around Bellevue’s neck for several seconds as he lay face down on the boardwalk.

It was at least the second time Afanador has faced criminal charges over the alleged use of excessive force. He was acquitted in 2016 for a previous case stemming from allegations he pistol-whipped a teenage suspect and broke two of his teeth in 2014.

Chokeholds have been banned by the New York Police Department for years. The issue has been particularly fraught since the death of Eric Garner after an officer put him in a chokehold in 2014.

In that case, a grand jury declined to indict the officer involved. A federal civil rights investigation also concluded without charges being filed.