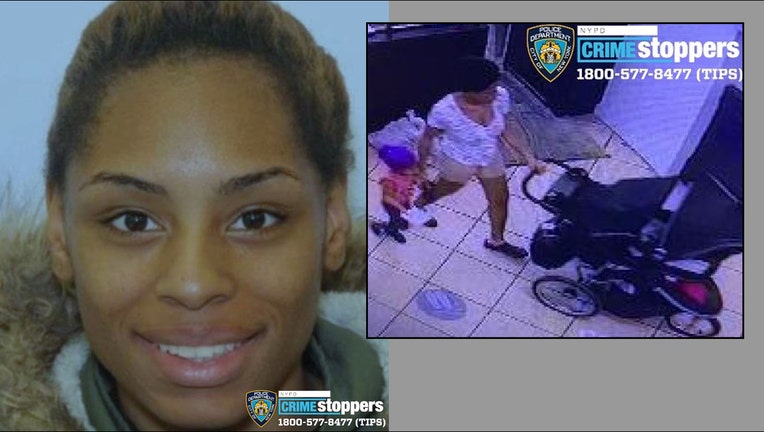 Police are looking for Lashawn Watson and her two daughters. (Via NYPD)

NEW YORK - UPDATE:  Both children were found and are in the custody of child welfare workers.  The original story is below.

Police in New York City are looking for a young woman who was supposed to surrender her daughters to city authorities but instead left her home with both children on Monday and hasn't returned.

Lashawn Watson, 24, isn't able to "care for her and daughters and was ordered to surrender her children to Administration for Children's Services," the NYPD said in a release.

Watson and her daughters, Karishma Watson, 2, and Yohanna Asghedson, 2 months, left their building at about 6 p.m. on Oct. 26, police said.

A security camera inside 4 East 28th Street near Madison Square Park captured images of Watson pushing a stroller and holding a toddler's hand. Police believe Yohanna was in the stroller and that Karishma was the child holding Watson's hand.

Authorities described Watson as about 5 feet 1 inch tall and about 110 pounds with a medium build and short brown hair. She was last seen wearing a light-colored T-shirt, light-colored shorts, and dark sandals.