The NYPD released this security camera video showing a man assault a security guard and the superintendent of a synagogue in Manhattan.

A man got into an argument with a 57-year-old male superintendent and a 27-year-old female security guard outside Congregation Talmud Toarh Ader in Kips Bay after they told him to leave the premises just before 11 a.m. on Sept. 29, New York City police said.

"The male individual became irate and began a physical altercation with both victims," the NYPD said in a release. "The 57-year-old male sustained a laceration to his upper thigh from an unknown object and the 27-year-old female sustained minor injuries to her right side of her chin during the struggle."

The attacker then fled, police said. He was last seen wearing black hooded sweater, a multicolored shirt, dark pants, black socks, and black sandals. He was carrying a black backpack.

If you have any information, you can contact the NYPD's Crime Stoppers at 800-577-8477 or crimestoppers.nypdonline.org. You can remain anonymous. 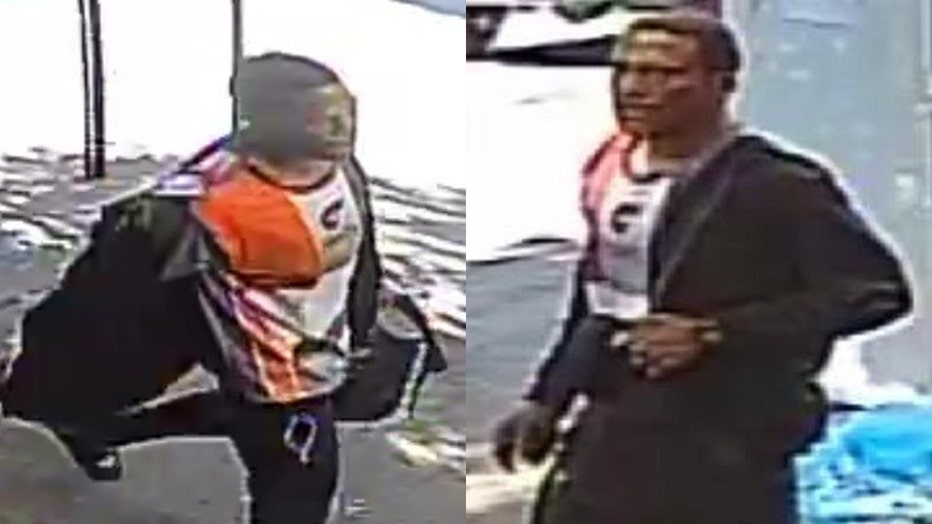 The NYPD released these images of a man who assaulted two people connected to a Jewish congregation outside a synagogue in Manhattan on Sept. 29, 2022. (NYPD)