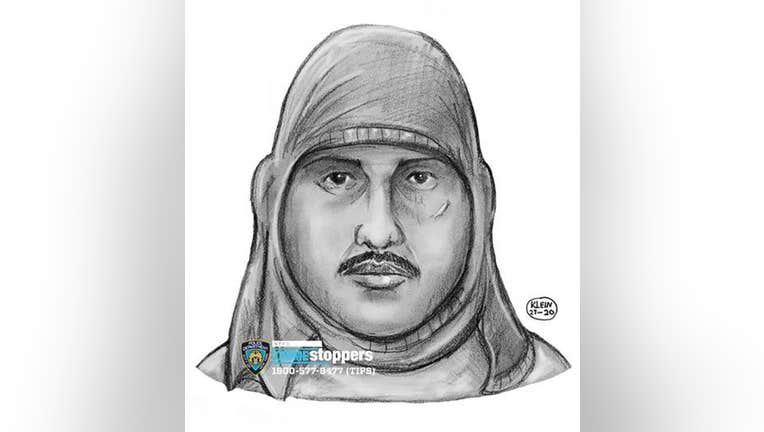 A sketch of a suspect wanted in connection with a forcible touching incident in the Bronx.

NEW YORK - The NYPD is on the hunt for a man accused of groping a 9-year-old girl in the Bronx.

According to authorities, the victim was riding a bike alongside her mother at the corner of Westchester Avenue and Whitelock Avenue around 9:15 p.m. on October 7.

The suspect approached the girl allegedly and grabbed her private parts before running away.

The girl was taken to Saint Barnabus Hospital where she was treated and released.

Police have released a sketch of the suspect, who they describe as roughly 5’6” tall and 160 pounds with a mustache and a scar under his left eye. He was last seen wearing a grey t-shirt pulled over the top part of his head and a white t-shirt.