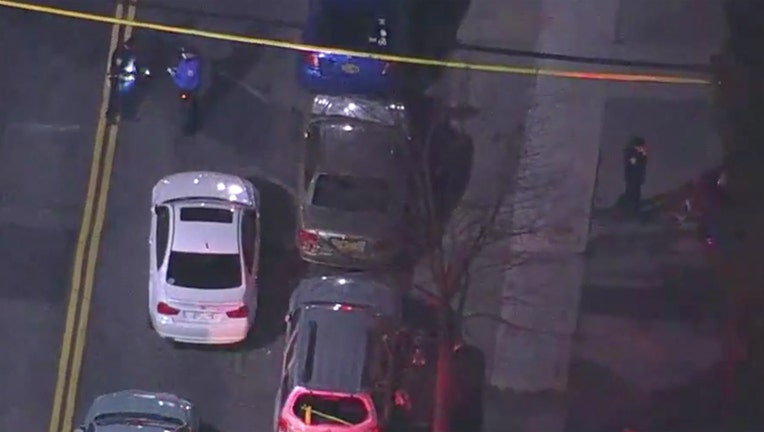 NYPD vehicles at the scene of gunfire in Brooklyn. (FOX 5 NY)

NEW YORK (AP) - A New York City police officer shot and wounded a man on Monday evening who police said rushed at officers but did not ultimately have a gun.

Officers had received multiple 911 calls about a man with a gun in central Brooklyn, NYPD Chief of Department Terence Monahan told reporters. Upon arrival, officers saw a man who did not match the callers' description holding a gun up the block from the reported address and took him into custody.

As they were taking the man into custody, "the suspect yelled out, quote, 'He coming, he gonna blast me,'" Monahan said. Officers saw a second person who matched the callers' description rush toward them, Monahan said, adding that the interaction was caught on body cameras.

"Officers gave commands to the individual to back up and to show his hands," Monahan told reporters. "We then see the man rush toward our officers while also reaching into his waistband and quickly removing his hands."

The second man was taken to the hospital, where he was "conscious, alert and in stable condition." The severity of his injuries was not disclosed. The officers were taken to a hospital for evaluation, but Monahan did not indicate they suffered any injuries.

No names have been released. Monahan said police are trying to piece together what happened before officers arrived at the scene between Prospect Lefferts Gardens and Flatbush.

"There seemed to have been some sort of dispute between these two individuals that we have in custody," Monahan said.