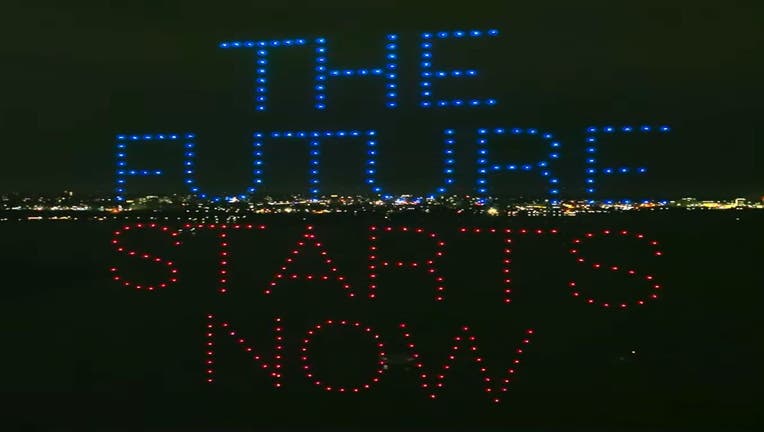 A drone show advertising the 2022 NBA Draft earlier this year.

NEW YORK - A swarm of 500 drones was set to fill the New York City sky Thursday as part of an ad for mobile game Candy Crush.

As reported by Gothamist, mobile developer King and drone events company Pixis are behind the display, while will fill the sky in Lower Manhattan.

The drones will take off from New Jersey and remain in the air for roughly 10 minutes and will be able to be seen from Battery Park and the surrounding area.

The show is not the first of its kind to be held in New York City. In June, a drone swam promoted the NBA Draft by flying over the Hudson River.

New York City's Avigation Law banning drone flights, so the show is happening within the borders of New Jersey. Pixis also had to obtain a waiver from the Federal Aviation Administration and a permit from New Jersey.

State Sen. Brad Hoylman, who represents the West Side of Manhattan called the event "offensive to New Yorkers."

"I think it’s outrageous to be spoiling our city’s skyline for private profit," Hoylman said.