New York City health officials are among the first in the nation to make the monkeypox vaccine available to those most at risk, and have opened a vaccination clinic in Chelsea, but there are already supply issues complicating its rollout.

NEW YORK - A temporary monkeypox vaccine clinic opened this week in New York City for eligible adults who may have been exposed to the monkeypox virus.

The vaccine clinic is located at the Health Department's Chelsea Sexual Health Clinic in the Chelsea section of Manhattan and will be open on Mondays, Tuesdays, Thursdays, Fridays, and Sundays from 11 a.m. to 7 p.m., officials said.

The clinic offers the two-dose Jynneos vaccine, which is approved by the FDA to prevent "smallpox and monkeypox disease in adults 18 years of age and older determined to be at high risk," the agency states. The doses are administered four weeks apart.

As news of the clinic's opening spread, the demand for the shot soon exceeded the supply. A long line formed outside the clinic on Thursday, prompting the clinic to turn some people away.

Manhattan Borough President Mark Levine said he is calling on the CDC to send New York more doses of the vaccine.

The monkeyox vaccine clinic in Manhattan is open to "gay, bisexual, and other men who have sex with men (cisgender or transgender) ages 18 and older who have had multiple or anonymous sex partners in the last 14 days," according to Health Department.

Anyone can be infected by the monkeypox virus but the current outbreak in Europe has mainly affected gay or bisexual men. Scientists warn anyone in close contact with an infected person or their clothing or bedsheets is at risk of infection, regardless of their sexual orientation, the AP reports.

"Men who have sex or other intimate contact with men they met through dating apps or social media platforms, or at clubs, raves, sex parties, saunas, or other large gatherings may be at higher risk of having been recently exposed," the Health Department said in the clinic announcement. 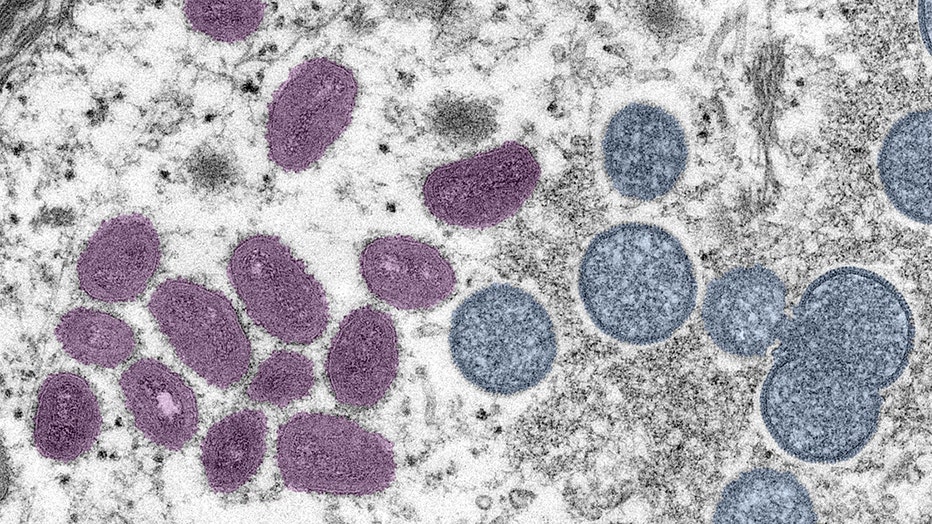 "Members of the LGBTQ+ community have always been fierce advocates for their rights, including, and especially, when it comes to receiving timely access to health care," Dr. Ashwin Vasan, the city's health commissioner, said in a statement. "Vaccination against monkeypox is a critical tool to allow New Yorkers to protect themselves and to help slow the spread of monkeypox in our city."

Chelsea Sexual Health Clinic will accept a limited number of walk-ins for monkeypox vaccination. Therefore, the Health Department recommends you make an appointment. You can reserve an appointment online here. The clinic will hold your appointment slot for only 15 minutes, so make sure you get there on time.

Monkeypox, which is caused by a virus, begins as a rash or sores that can look like pimples or blisters. These bumps can appear all over the body — including your face, hands, feet, mouth, genitals or anus — and can become infected.

The symptoms usually start between a week to two weeks after exposure but may not appear for up to 21 days. The sickness can last from two to four weeks with flu-like symptoms including fever, chills, fatigue, swollen lymph nodes, headache, and body aches and pains — like a weaker version of smallpox.

"A person is contagious until all sores have healed, and a new layer of skin has formed, which can take two to four weeks," the Health Department states.