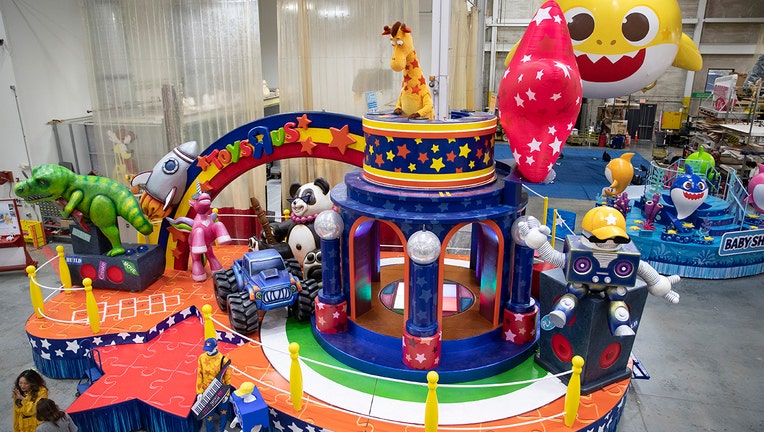 Geoffrey's Dazzling Dance Party by Toys"R"Us float and Pinfong Baby Shark float are on display at the studio before the Macy's Parade in New York City. (Photo by Liao Pan/China News Service via Getty Images)

The parade kicks off at W. 77th St. and Central Park West.  The parade will held down to Columbus Circle and then turn left onto Central Park South.  It will then travel to 6th Ave. and turn right all the way to Herald Square in front of the Macy's flagship store.

The parade route is about 2.5 miles long.

Where are the best places to view the Macy's parade?

If you are an early riser you can get great views along Central Park West from W. 75th to W. 61st Streets.

Macy's does not have grandstand tickets available to the general public. 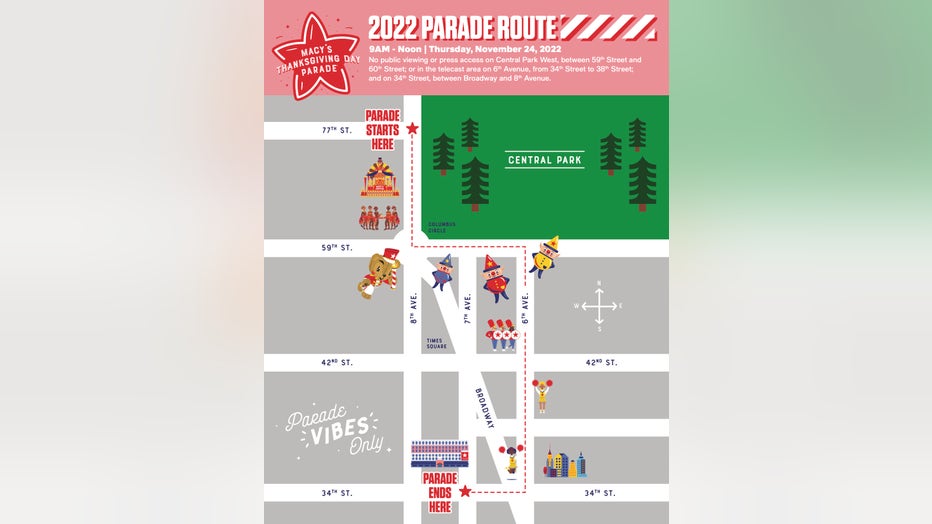 Among the new balloons is Bluey, from the global hit children's series, Greg Heffley from the best-selling book series Diary of a Wimpy Kid, Sinclair Oil's ann-new Baby DINO, and Stuart the Minion from the popular movie franchise.

There are several new floats for 2022. One features Toys 'R' Us, another is Pinkfong Baby Shark, and Wonder Bread's Wondership.

The history of the Mac's Thanksgiving Parade dates back to 1924.  The first parade marched from 145th St. to Macy's at 34th St. and included elephants, camels, and donkeys.  Balloons being part of the parade also started in the 1920s.