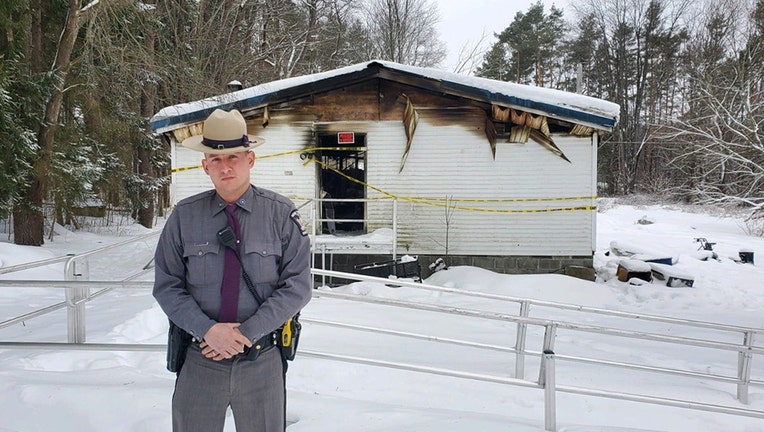 MACHIAS, N.Y. - A western New York woman who was trapped inside a burning house is alive thanks to a fast-acting New York state trooper.

Trooper Joseph Butler Jr., assigned to the State Police barracks in Machias, responded to a fire at a house on State Route 16 earlier this week. A woman in a wheelchair was trapped inside the house, police said.

"Trooper Butler forced his way into the home, couldn't see her due to thick smoke, but found her by listening to her calls for help," police wrote in a Facebook post. "He pushed the woman to safety and got her medical attention."

Within minutes, the fire had engulfed the house.

Machias, a town in Cattaraugus County, is about 45 miles south of Buffalo.

This article was produced in New York City.