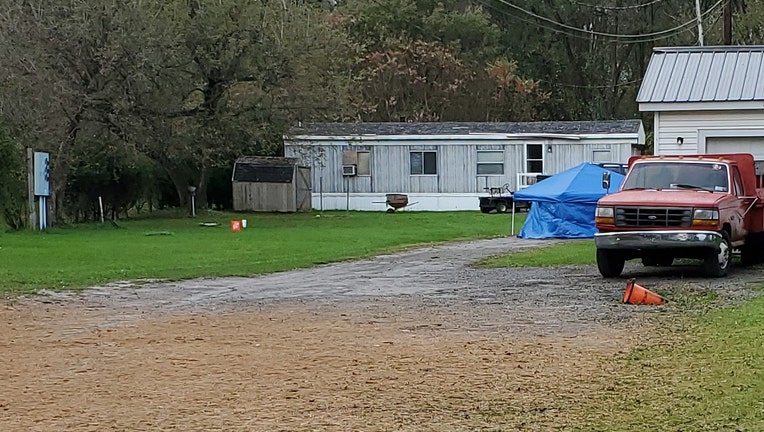 Kyle Kirk, 30, of Rome, NY was charged in the murder of his father and his father's girlfriend. Photo credit: NY State Police

NEW YORK - A central New York man has been charged with murder in the stabbing deaths of his father and the father's girlfriend, police said.

New York state troopers were sent to a location on the outskirts of Rome shortly before noon Monday after a neighbor reported seeing a man standing on the edge of a driveway covered in blood, police said in a news release.

The troopers arrived at the location and found Kyle Kirk, 30, with blood on his clothing and his father, 60-year-old Howard Kirk III, lying across the driveway suffering from stab wounds, police said. Howard Kirk was pronounced dead at the scene. 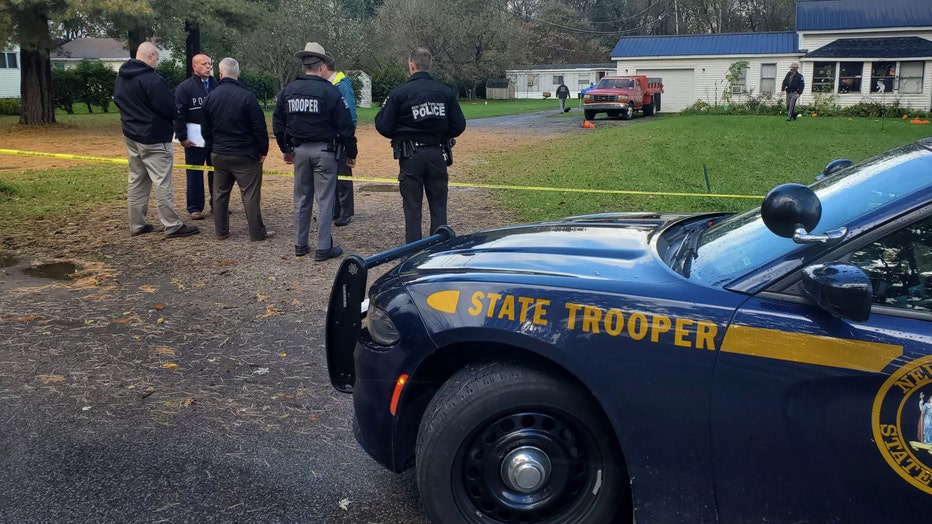 Kyle Kirk, 30, of Rome, NY, was arrested on two counts of first-degree murder and one count of criminal possession of a weapon. (Photo credit: NYS Police)

When they went to check on the trailer where Howard Kirk had lived with his girlfriend at the back of the property, the troopers discovered the girlfriend, Amanda Osborne, 53, dead from multiple stab wounds, police said.

Kyle Kirk was arrested on two counts of first-degree murder and one count of criminal possession of a weapon. It wasn't clear if Kirk had an attorney who could comment on the charges.

An investigation was underway.