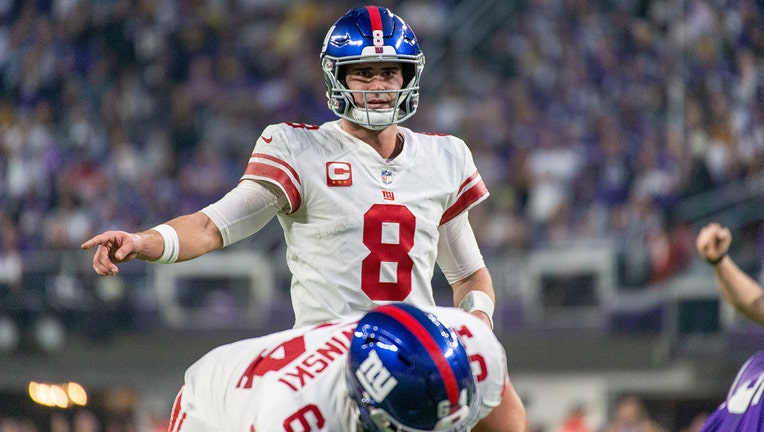 New York Giants quarterback Daniel Jones (8) looks on before a snap during the NFL game between the New York Giants and Minnesota Vikings on January 15th, 2023, at U.S. Bank Stadium in Minneapolis, MN. (Photo by Bailey Hillesheim/Icon Sportswire via

NEW YORK - The New York Giants will travel to play the Philadelphia Eagles this weekend in the NFC Divisional Playoffs at Lincoln Financial Field.

The Giants, winners of four Super Bowls, are in the playoffs for the first time since 2016.

The Giants overcame injuries and a 2-4-1 slide in November and early December to become the third NFC East team to qualify for the postseason, joining Philadelphia and Dallas.

What time does the Giants-Eagles game start?

How can I watch the NY Giants playoff game?

The Eagles vs. Giants NFL playoff game will air on FOX 5 in New York.

The game will also stream on the FOX Sports app.