The committee's vote comes over a year since the October 2020 publication of Cuomo's book "American Crisis: Leadership Lessons from the COVID-19 Pandemic," which largely recounts the governor's once-daily press conferences last spring.

The former governor, who resigned in August amid findings he sexually harassed at least 11 women, is also facing scrutiny over the book deal from state Attorney General Letitia James, federal prosecutors and the state Assembly's Judiciary Committee, which is expected to soon release findings from a wide-ranging investigation of Cuomo's alleged abuses of power.

The staff of the New York ethics commission granted approval of Cuomo's deal in July 2020, when his special counsel Judith Mogul told the commission that Cuomo would not use any state personnel or resources to produce his book and that he would write it "entirely on his own time."

But Cuomo has since acknowledged that state employees helped with tasks including editing the manuscript. He's claimed that those employees were "volunteering." 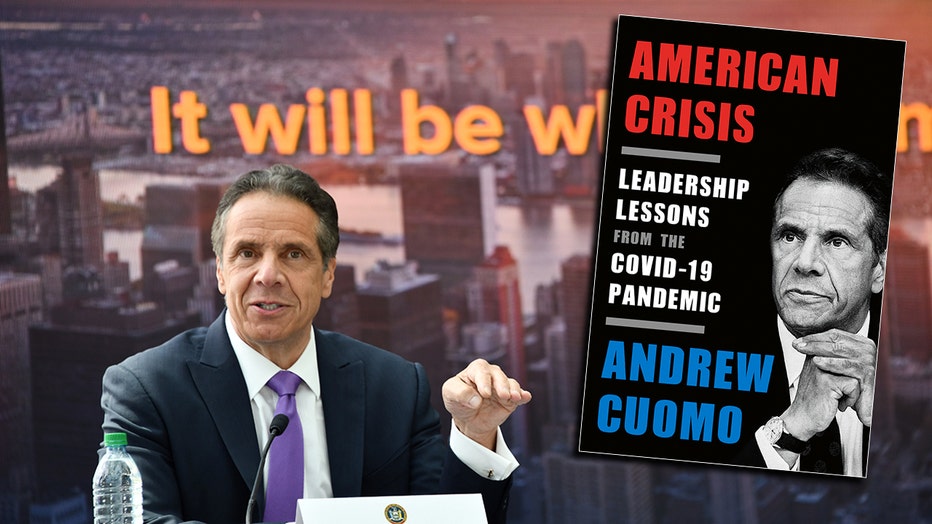 That revelation led to members of the ethics commission voting 12-1 Tuesday to rescind because of Mogul's misstatements about Cuomo's book deal.

Republican Commissioner David McNamara said state property, resources and personnel were used to prepare, write, edit and publish the book "contrary to the representations" made on Cuomo's behalf.

And several ethics commissioners have said members of the commission should have reviewed Mogul's letter and voted on Cuomo's book deal, rather than commission staff.

Tuesday's vote means Cuomo will have to apply again for approval for his book deal.

McNamara and other commissioners have said they want to claw back at least some of Cuomo's book deal proceeds.

It's unclear whether the state could go after all the proceeds: Cuomo netted $1.5 million on the book last year, and donated $500,000 to the United Way of New York State and the rest into a trust for his three daughters.

Violations of the state's public officers law can lead to up to $10,000 fines and the value of any "compensation or benefit received as a result of such violation."

Attorney Jim McGuire, who's representing Cuomo over allegations surrounding the book deal, said Cuomo will fight in court to prevent the ethics commission from enforcing its decision.

"It's OK that you write this book provided you don't use any state resources — meaning materials, supplies or employees and, of course, he used all of those things," Hammond said. "If they attempt to come after him for that money, there's going to be a legal fight. There's just no question in my mind."

Hammond said it is unclear if the state is entitled to the money or if Cuomo would possibly have to return the money to the book publisher.

"It's symbolic of how far the image of the former governor has changed," he said.

"These JCOPE members are acting outside the scope of their authority and are carrying the water of the politicians who appointed them. It is the height of hypocrisy for Hochul and the legislature's appointees to take this position, given that these elected officials routinely use their own staff for political and personal assistance on their own time.

"This is the 3rd time JCOPE has attempted to rescind their own approval, and this amounts to nothing more than Albany political corruption at its worst.  JCOPE wants to rescind an approval that was relied upon to play a political game and that means a JCOPE opinion cannot be relied upon by anyone and is subject to political winds.  Our counsel's request to JCOPE was clear, saying 'no government resources' would be used — consistent with that representation, people who volunteered on this project did so on their own time. Furthermore, the Governor cannot be held responsible for internal decisions over recusals and approvals made by JCOPE.