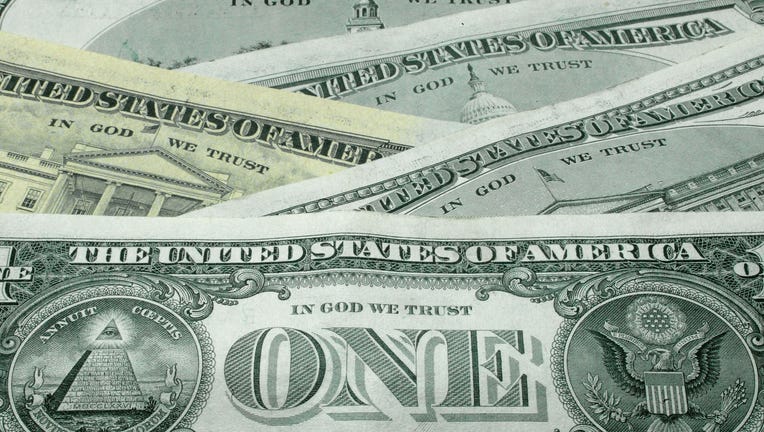 LOS ANGELES - A Tennessee rapper who wrote a song bragging about getting rich off a pandemic relief program was sentenced to more than six years in prison Wednesday, according to the Department of Justice.

Fontrell Antonio Baines, 33, also known by his rap name "Nuke Bizzle," was sentenced to 77 months, just under six and a half years in prison, and was also ordered to pay more than $700,000 in restitution to the California Employment Development Department. Baines pleaded guilty to one count of mail fraud back in July 2022. He's also pleaded guilty to two other crimes — unlawful possession of a firearm and ammunition by a convicted felon in California, and possession of oxycodone with intent to distribute in Tennessee.

According to the DOJ, Baines abused the Pandemic Unemployment Assistance program to collect more than $700,000. Baines admitted in his plea deal to getting and using debit cards pre-loaded with unemployment benefits administered by California EDD. The debit cards were issued in the names of third parties, including identity theft victims. The applications for the cards listed addresses to which Baines had access in Beverly Hills and Koreatown.

PREVIOUS COVERAGE: 'EDD' rapper who bragged about getting rich from unemployment benefits fraud to plead guilty

In one instance, according to the DOJ, Baines used the identity of a Missouri man who briefly attended school – but never worked – in California to apply for unemployment benefits. In September 2020, Baines used a debit card issued in the Missouri man’s name to withdraw approximately $2,500.

In the music video for his song "EDD," Baines talks about doing "my swagger for EDD," and holds up a stack of envelopes from EDD, saying he's going "to the bank with a stack of these."