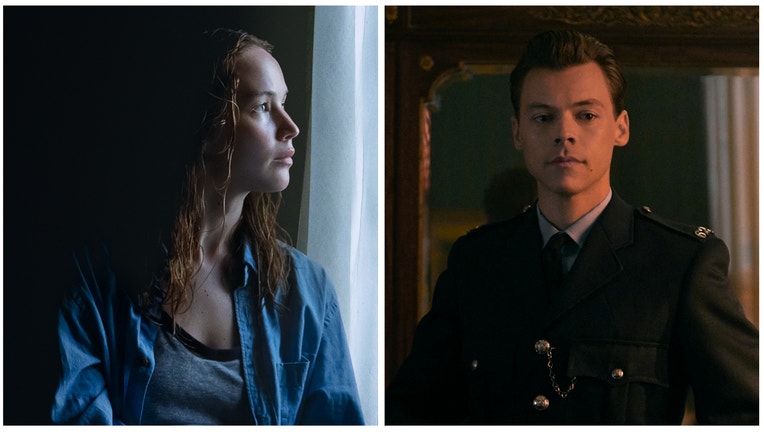 CHICAGO - Much has been made of the decline of the movie star, but two streaming platforms are hoping to lure in audiences based on megawatt star power. On Apple TV+, Jennifer Lawrence kicks off a new phase of her career with the contemporary PTSD drama "Causeway." Meanwhile, over on Prime Video, Harry Styles delivers his second leading man performance of the year in the gay period romance "My Policeman."

Though set in drastically different eras, the two films actually share a lot in common. They both center on stoic characters who find comfort in the uniforms they wear; they’re both helmed by directors known predominantly for their work in theater; and they both prefer a quiet, contemplative tone to over-the-top drama. Here FOX Digital film critic Caroline Siede — who caught both films at this year’s Chicago International Film Festival — weighs in on the highs and lows of each. 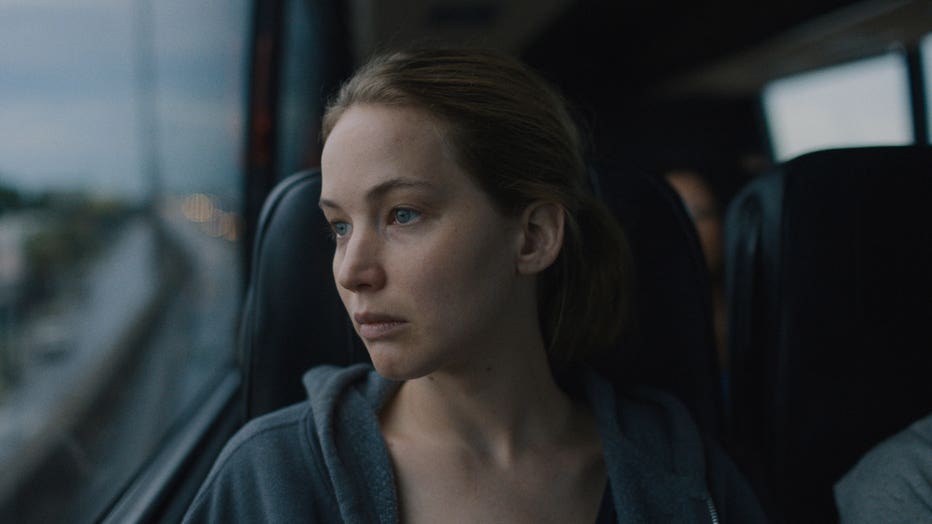 The most compelling thing about "Causeway" is its simplicity. It doesn’t feel at all like the kind of movie a mega-famous, Oscar-winning actress would star in. In fact, it feels far more like the kind of small, intimate indie they’d make on the way up. And that’s fitting for a project that Jennifer Lawrence is reportedly using as a kind of relaunch for her career.

We may know her as Katniss Everdeen or Mystique or the charmingly uncouth 22-year-old who tripped on the way up to receive her Academy Award, but "Causeway" strips away all that glamorous gloss to reveal the unvarnished talent of an actor who’s always been very, very good at commanding the screen with a unique mix of strength and vulnerability. This is the kind of plain-and-simple story Lawrence hasn’t really made since her 2010 breakout in "Winter’s Bone." And that simplicity — though not always perfectly deployed — is still deeply captivating.

WATCH FREE ON TUBI: Jennifer Lawrence in "Serena" — get the app

Lawrence stars as Lynsey, an army corps engineer who recently suffered a traumatic brain injury in Afghanistan. Not only does she need to relearn to talk and walk — subject matter the film covers in a short but impactful prologue — she needs to reassess what her future looks like now that the stability and routine of the military is (at least temporarily) gone. Lost and still healing, Lynsey moves back in with her self-centered mother (Linda Emond) in New Orleans, tries to convince her neurologist (Stephen McKinley Henderson) that she’s ready to return to service and tentatively befriends a local car mechanic named James ("Atlanta" star Brian Tyree Henry). 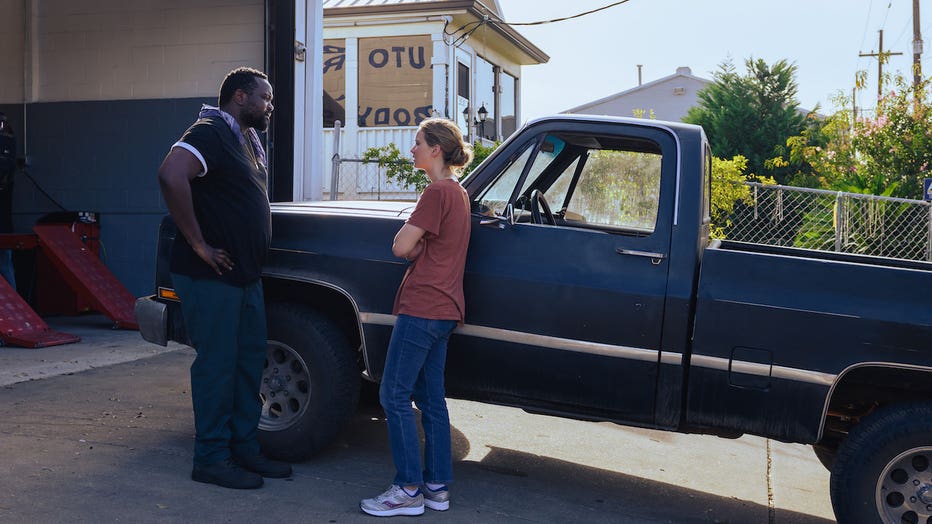 In as much as "Causeway" has a plot, it centers on the warm but complicated dynamic between Lynsey and James, who are both nursing emotional wounds tied to their New Orleans hometown. For much of its runtime, "Causeway" is an unexpectedly breezy hangout film, as Lynsey and James slowly bond while moving furniture or grabbing snow cones — talking about the past and avoiding it in equal measure.

Theirs is a tentative dance of two old souls who cloak loneliness with independence while gently yearning for something more. And when the edges of their grief poke through, it’s in small, believable ways. There are no Oscar-montage-ready breakdown scenes or dramatic plot twists, just 90 minutes of Lawrence and Henry commanding the screen with a nuanced, lived-in naturalism. If the film doesn’t always know what to do with that set-up, it’s still spellbinding to watch Lawrence and Henry simply exist within it.

WATCH FREE ON TUBI: Brian Tyree Henry in the indie comedy "Family" — get the app

Indeed, it’s both a strength and a weakness that debut director Lila Neugebauer (2018’s Broadway revival of "The Waverly Gallery") is content to let "Causeway" unfold in an observational key, rather than a histrionic one. The film’s overall arc is a little less satisfying than the individual pieces within it. Still, it’s refreshing to see a story of trauma and repression fueled by unexpected warmth and kindness. As a character drama, "Causeway" adds up to a little less than the sum of its parts. But as an acting showcase, it proves simplicity can be a performer’s greatest strength.

WATCH FREE ON TUBI: "PTSD: The Walking Wounded" — get the app

My Policeman (streaming on Prime Video) 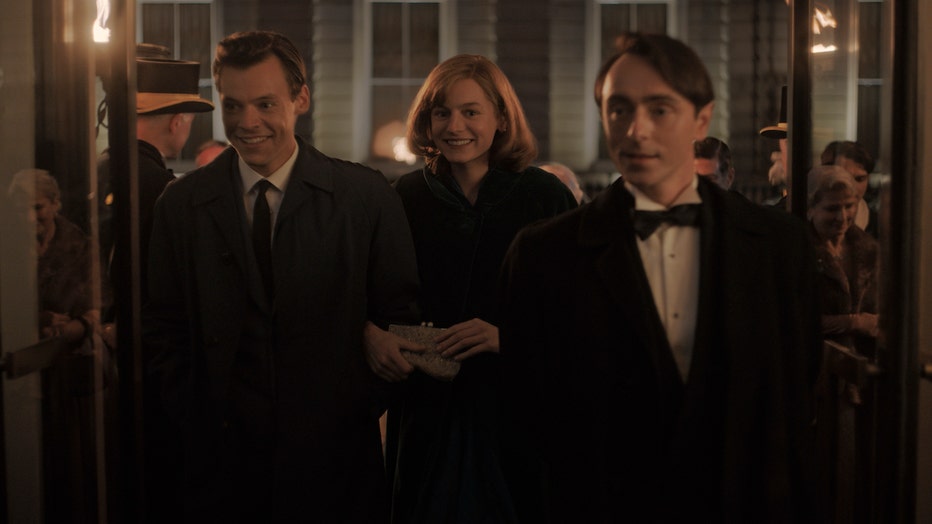 it’s not all that rare to stumble upon an interesting film where one of the central performances just doesn’t quite work. But it’s another thing entirely when that imperfect performance belongs to world-famous pop star Harry Styles. Ironically, the selling point that will no doubt get the most eyeballs on "My Policeman" is the very thing holding it back from being a truly great movie. Still, it’s a testament to the gentle strength of the material (based on a novel of the same name by Bethan Roberts) that "My Policeman" manages to be a relatively affecting queer love story — uneven central performance and all.

It helps that Styles is surrounded by a crew of talented co-stars. He plays Tom Burgess, a reserved, socially conservative policeman living in 1950s Brighton, a British seaside town. Longing for a conventional life, Tom marries bright but reserved school teacher Marion Taylor ("The Crown" star Emma Corrin), all while carrying on a long-time affair with ebullient museum curator Patrick Hazlewood (David Dawson). Meanwhile, the ripple effects of their youthful choices play out in a parallel storyline in which Gina McKee, Linus Roache and Rupert Everett portray the trio as they enter retirement age in the 1990s.

WATCH FREE ON TUBI: Hugh Grant in the gay period romance "Maurice" — get the app

Corrin and Dawson, in particular, do a ton of heavy lifting when it comes to the film’s emotionally complex central dynamic. Blending witty confidence with tender vulnerability, Dawson’s dazzling performance as Patrick speaks to a whole generation of gay men who strove to live as authentically as possible, even at a time when that authenticity could get them arrested or killed. The tragedy of the film is that Tom sees no path to do the same for himself.

The best he can do is encourage Marion and Patrick to join him in a sort of Three Musketeers-style friendship — one where they regularly paint the town red at lively dinner parties and cultural events. But in Tom’s almost childlike desire to integrate the public and private halves of his life, he can’t see just how cruel this setup is to Marion in particular, a throughline McKee picks up beautifully in the 1990s timeline. 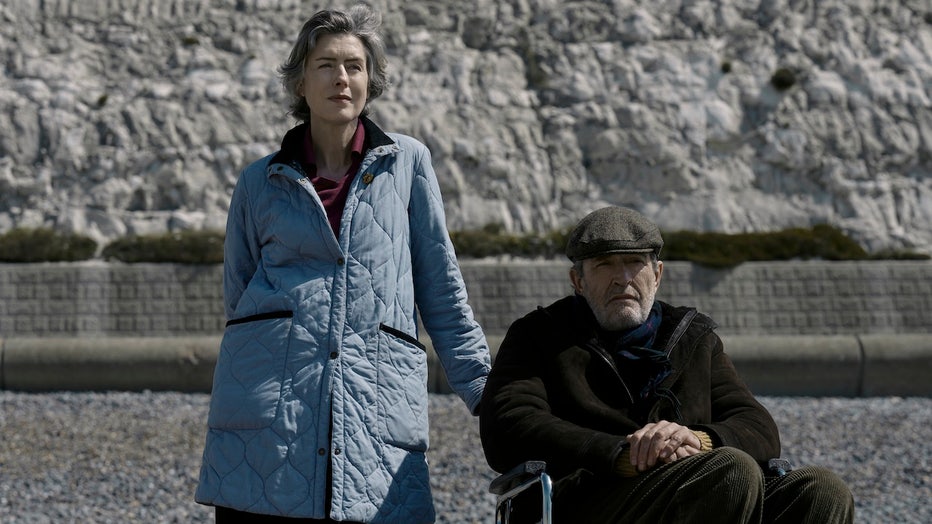 Though gentle in tone, "My Policeman" understands the bitter human cost of repression. And that’s a big part of what makes Styles’ casting so frustrating. An intentional cipher, Tom is meant to represent the pinnacle of stoic, conventional 1950s masculinity. So why cast a lovably goofy pop star who found his greatest career success by leaning into colorful, expressive 1970s androgyny?

Indeed, it’s not that Styles is bad so much as he’s fundamentally miscast. His sweet puppy dog portrayal of Tom is largely at odds with a character who’s regularly described as a sort of strappingly conventional himbo. ("The Umbrella Academy" star Tom Hopper is who immediately jumped to this reviewer’s mind for the role.) And though Styles has some nice moments of chemistry with Corrin and especially Dawson, the film can’t shake the oddness of his casting — a problem that also plagued his role in "Don’t Worry Darling." (Perhaps it’s time to admit that mid-century just isn’t Styles’ era.)

WATCH FREE ON TUBI: "Rupert Everett's Shade of Gay" — get the app

In the end, "My Policeman" will work best for those who are either willing to look around Styles’ casting or read things that aren’t there into his performance. As a gentle period romance, the film mostly works, particularly whenever Dawson’s mesmerizing performance is front and center. As a launching pad for Styles’ acting career, however, "My Policeman" fails to get off the ground.

Harry Styles in "My Policeman" – watch the trailer

More great drama: "Beyond the Lights," streaming free on Tubi

Beyond the Lights (2014): This achingly beautiful coming-of-age romance about a pop star named Noni (Gugu Mbatha-Raw) is an ode to setting boundaries and not letting anyone control you — even the people who raised you. Themes of creative identity, mental heath, sexism in the music industry, romantic partnership and family pressure take center stage in this hidden gem of a movie from "Love & Basketball" director Gina Prince-Bythewood. Rated PG-13. 116 minutes. Dir: Gina Prince-Bythewood. Also featuring Nate Parker, Minnie Driver, Danny Glover.

"Beyond the Lights" is streaming free on Tubi — get the app

How to watch "Causeway"

"Causeway" is streaming on Apple TV+ and playing in select theaters. The service is $4.99/month after a 7-day free trial; Apple also offers bundles which include Apple Music and Apple Arcade, and an extended three-month trial is available with the purchase of an Apple device.

How to watch "My Policeman"

"My Policeman" is streaming on Prime Video and playing in select theaters. An Amazon Prime membership costs $14.99/month or $139/year; Prime Video is also available as a standalone service for $8.99/month after a 30-day free trial.