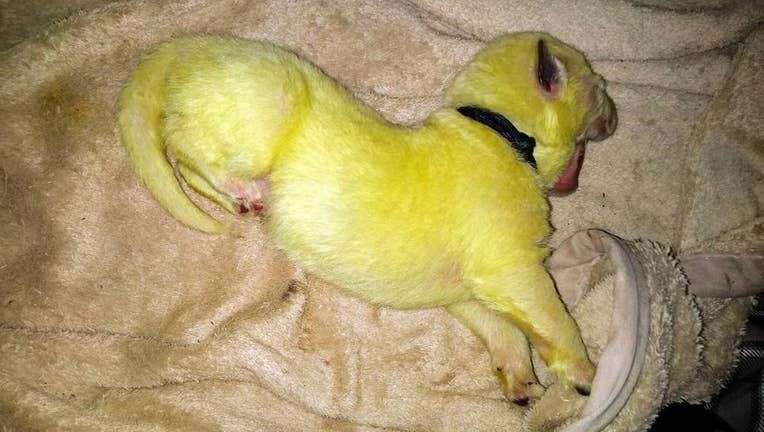 CANTON, N.C. - The Avengers may have gained a canine sidekick after a North Carolina family’s dog gave birth to a bright green puppy named “Hulk.”

“I started freaking out,” Stamey told news outlets. “But everybody was healthy.”

Experts said there’s a normal explanation for the puppy’s coloration — and no, he wasn’t exposed to any gamma rays. Liquid from inside Gypsy’s stomach likely stained the white dog’s fur during pregnancy, Suzanne Cianciulli, the manager of Junaluska Animal Hospital in Waynesville, told news outlets.

Regular baths and daily licks from Gypsy are expected to fade Hulk’s green hue in a few weeks, Stamey said. However the puppy’s newfound superpower, which the family has deemed an “aggressive appetite,” will likely remain. 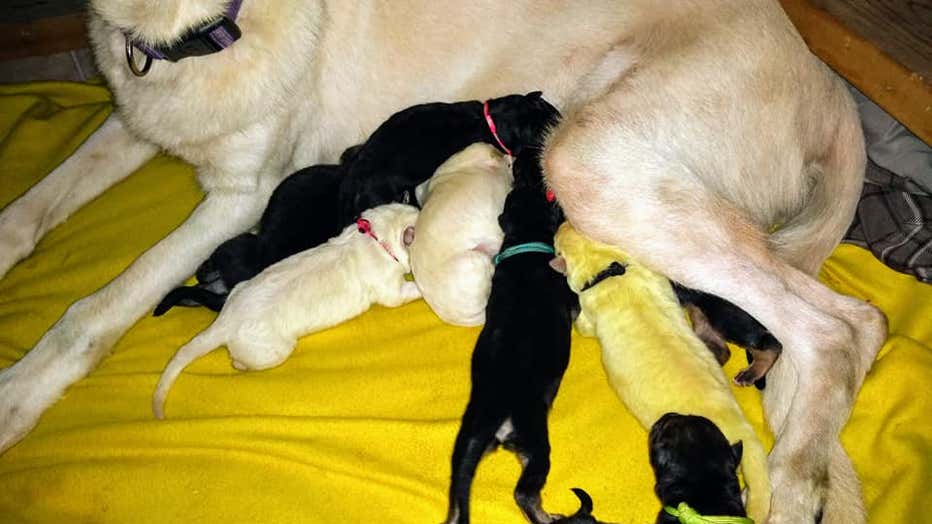