BISMARCK, N.D. - A North Dakota lawmaker and an organizer of a rally Monday to oppose COVID-19 vaccine mandates is infected with the coronavirus and won’t attend the event.

Republican Rep. Jeff Hoverson posted on Facebook Sunday that he was "quarantining and each day is getting better." The Minot lawmaker said he is taking the deworming drug ivermectin as a COVID-19 treatment, and has not checked into a hospital.

"Covid is real and like a really bad flu," Hoverson wrote.

Hoverson, a pastor, told The Associated Press that was diagnosed last week. 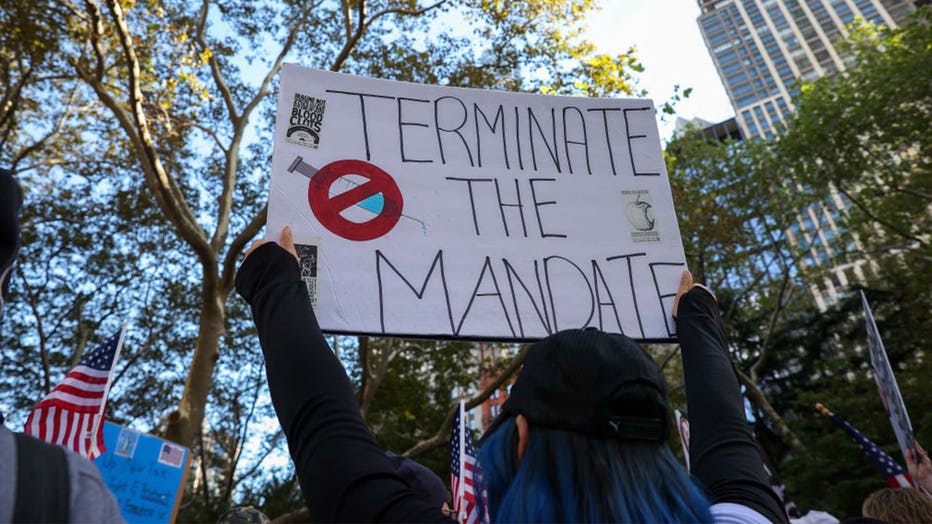 "I’m feeling rough," he said Monday. "But this ivermectin is keeping me out of the hospital."

Ivermectin is designed to fight parasitic infections but conservative commentators have promoted it as a treatment for COVID-19, despite a lack of conclusive evidence that it helps.

Although Hoverson will not attend the rally at North Dakota’s statehouse, he said three of his teenage children will be there.

Hoverson is among the most far-right legislators in the GOP-controlled Legislature. He introduced legislation last session to repeal mask mandates and he sponsored failed legislation that would have made it a felony to help women access abortions.

Last month, he was barred from boarding a flight at Minot International Airport after a run-in with a security agent. And as a freshman legislator two years ago, Hoverson protested a prayer by a Hindu cleric, saying he didn’t "want to be compelled to pray for a false god."