Tampa cancels St. Paddy’s Day, but no decision on WrestleMania

TAMPA, Fla. - Tampa, a city with roots in wrestling, is slated to host its first-ever WrestleMania event. As major events become canceled or postponed across the U.S. in an effort to slow down the coronavirus from spreading, fans are wondering if the main event for World Wrestling Entertainment will be added to the list.

WrestleMania brings together people from all around the world. Around 80,000 people from up to 90 different countries are expected in Tampa to watch their favorite wrestlers at Raymond James Stadium on April 5. However, it is still unknown if the show -- and its related events at Amalie Arena -- will go on as scheduled after President Donald Trump and Governor Ron DeSantis warned against large gatherings.

When asked Thursday morning, Tampa Mayor Jane Castor deferred to the Hillsborough Emergency Policy Group -- of which she is a member -- to decide on the future of major events.

"We've got the luxury of time on our hands for some fo the larger events as well," she said. "We don't have to take immediate action for events that are occurring weeks down the road."

At that meeting later in the day, the mayor announced that the River of Green Festival was canceled. But County Commissioner Les Miller said the Hillsborough Emergency Policy Group would wait another week before making a decision about canceling WrestleMania.

Since Monday, several major events have been canceled or postponed including: E3, the largest video game conference, in Los Angeles; Coachella, a two-week music festival; Ultra Music Festival in Miami, a three-day outdoor electronic music festival; and even St. Patrick’s Day parades in Boston and Chicago. 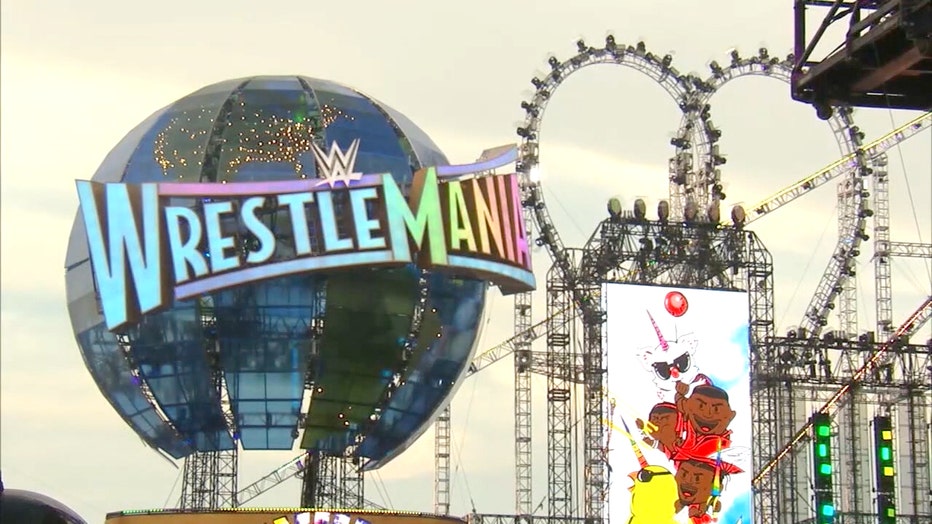 RELATED: President Trump announces suspension of travel between U.S. and Europe for 30 days

On Wednesday, the NBA announced the season will be suspended "until further notice" after a Utah Jazz player tested positive for the coronavirus. On the same day, the NCAA said games -- including some which were scheduled to be held in Tampa’s Amalie Arena – will be played without fans. The NHL followed suit on Thursday.

It was a little over a year ago when WWE announced Tampa was the host city for 2020. If canceled or postponed, it would be the first time the entertainment company has had to face a decision like this.

Either way, fans want an answer. On Twitter, some were split on what they think WWE should do:

"@WWE you guys need to cancel your show and wrestlemania until Covid-19 stops."

"I really hope they cancel WrestleMania or make some kind of special arrangement cause there’s people from all across the world coming here."

"Let’s hope Wrestlemania doesn’t get cancelled due to the corona virus."

"This stupid virus is gonna cancel @WWE wrestlemania!!! This sux!"

In Florida, four new coronavirus cases were announced Wednesday, which brings the total number of cases in the state to 30, with two deaths.

Who has recovered from COVID-19

Dr. Joette Giovinco looks at the numbers: How many people have gotten the new coronavirus, and how many have recovered from it so far?

Map of all known COVID-19 cases