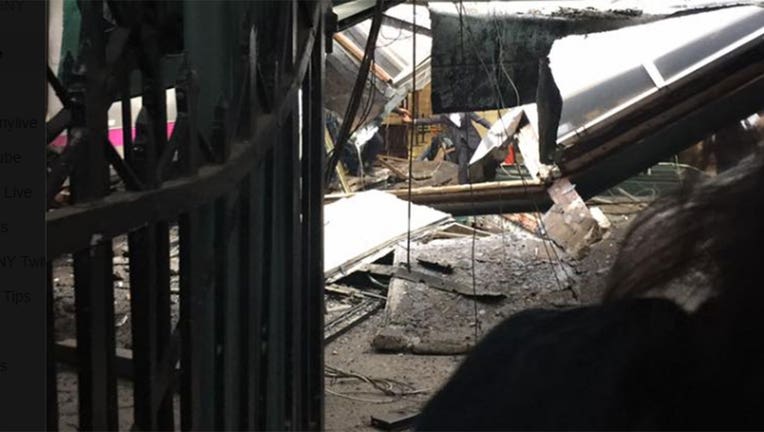 More than $8 million has been paid to settle five lawsuits stemming from the deadly crash of a New Jersey Transit train in 2016, including one filed by the family of a woman who was killed.

"This was a preventable catastrophe, and we and our clients are hopeful that NJT has now implemented and will continue to implement all the necessary safety improvement — systemwide, from rail operations to crew medical screenings — to protect its passengers, agency personnel, and the general public from harm," attorneys Tom Kline and Robert J. Mongeluzzi, who represented the plaintiffs, said in a statement.

The attorneys didn't specify how the $8.15 million will be divided among the individual plaintiffs. In addition to de Kroon, settlements were reached on behalf of Bagya Subramaniam, Sheldon Kest, Karl Ward and Alexis Valle.

The 34-year-old de Kroon, a Brazilian-born lawyer, had just dropped off her 2-year-old daughter at day care when she was killed by falling debris when a commuter train bound from Spring Valley, New York, failed to stop as it approached the Hoboken terminal and crashed into the platform.

More than 100 people in the train and on the platform suffered injuries, and many civil claims stemming from the crash are still in progress. Through a spokesperson, New Jersey Transit declined comment Monday, citing the ongoing litigation.

An investigation found the train engineer suffered from undiagnosed sleep apnea, a condition connected to obesity that robs sufferers of sleep and contributes to daytime drowsiness.

A National Transportation Safety Board investigation faulted NJ Transit for not following its sleep apnea testing guidelines, and also noted the barrier at the end of the tracks was more than 100 years old and couldn't provide adequate protection.

NJ Transit has since increased medical screenings for personnel and installed a federally mandated emergency braking system, and installed new barriers at the terminal.