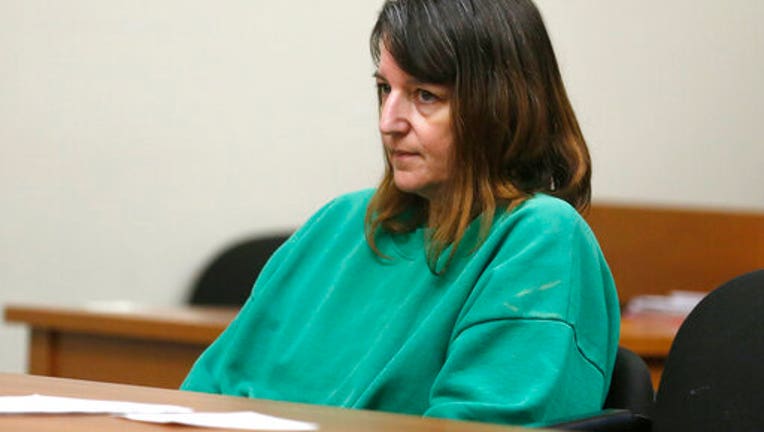 FILE- In this June 2, 2015 file photo, Michelle Lodzinski appears in court for a status conference in New Brunswick, N.J. New Jersey's Supreme Court said Friday, Feb. 21, 2020 that it would hear Lodzinski's appeal for the 1991 murder of her five-year

New Jersey's Supreme Court said Friday it would hear the appeal of a woman convicted in 2016 of killing her son 25 years earlier, in a case that had been one of the state's longest-running cold case murders.

Michelle Lodzinski was living in Florida when she was arrested in 2014. She had claimed 5-year-old Timothy Wiltsey disappeared when the two were at a carnival in Sayreville in May 1991. Investigators doubted her story, which changed several times, but didn't arrest her until after they had interviewed new witnesses who tied her to a piece of evidence in the case.

Last August, a state appeals court declined to toss her conviction, ruling that prosecutors presented sufficient evidence to prove her guilt and the trial judge didn't make an error by dismissing a juror during deliberations.

Lodzinski's lawyers claimed that prosecutors presented no evidence that tied her directly to the boy's death or to the key piece of evidence, a blue blanket found near his remains.

No date was set for the court to hear arguments.

Timothy's body was found 11 months after he disappeared in a marshy area a few miles from the site of the carnival. The body's decomposition made it impossible to determine a cause of death, but prosecutors presented an expert who said his death could be considered a homicide.

The case went cold for two decades, until investigators found three babysitters who identified the blue blanket as having come from Lodzinski's home.

The blanket contained no trace evidence or DNA tying it to either Timothy or Lodzinski, her attorney, Gerald Krovatin, has argued.

The other main point of contention concerned state Superior Court Judge Dennis Nieves' dismissal of the jury foreman during deliberations, after it was revealed the juror had done internet research on FBI crime-scene guidelines and shared his findings with other jurors.

An alternate stepped in and the panel reached a guilty verdict several hours later.

The juror's actions didn't merit a dismissal, defense attorneys argued. But if they did, they contended, that meant the whole jury was tainted and Nieves should have declared a mistrial. The appeals court disagreed, concluding that Nieves' decision was proper.